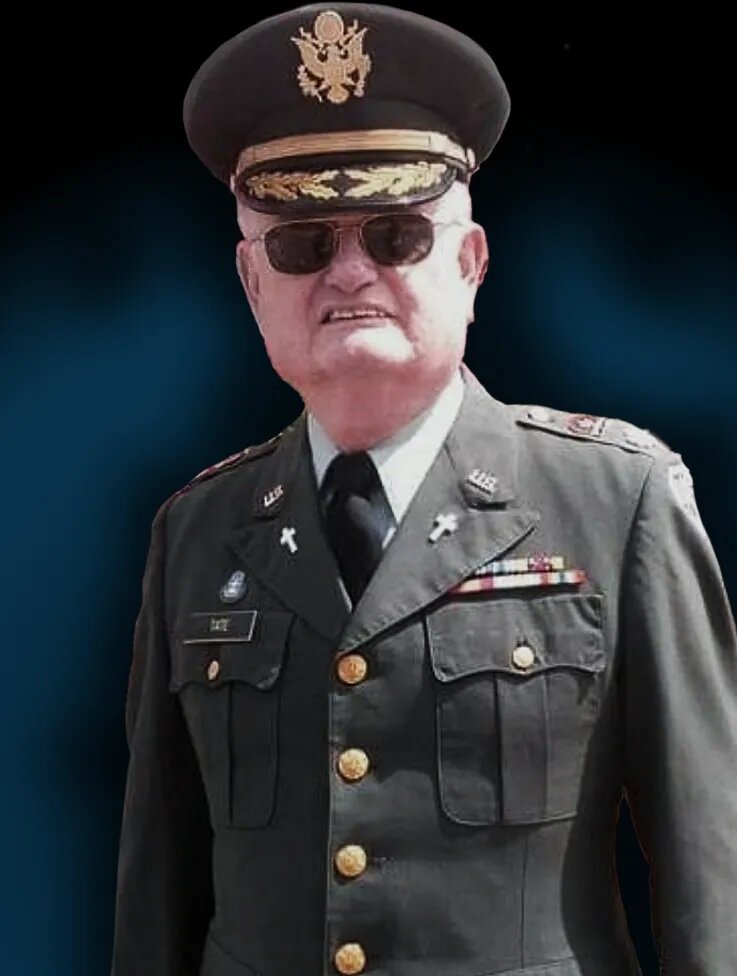 Fred is survived by his daughters, Lisa-Karen Meetze (Stephen) and Jill Chapman (Troy); his grandchildren, Christian Meetze, Lacey Chapman, and Leah Chapman; his sister, Judy Poole (Bill); his special friend of 21 years, Pat Lucas; and his nieces and cousins. He is predeceased by his parents, Fred Stanley Tate Sr. and Eleanor Campbell Anderson.

Fred was born on May 19, 1947 in Bluefield, VA to Fred Stanley Tate Sr. and Eleanor Campbell Anderson. He is a graduate of Roanoke College and the Lutheran Theological Seminary in Columbia, SC. He served for 37 years as a chaplain in the United States Army, having attained the rank of Lieutenant Colonel by the time of his retirement. He also served the state of South Carolina as a social worker for 28+ years.

Fred was looked up to as a role model for many, especially his daughters and grandchildren. He loved reading, hiking, Redskins football, Duke basketball, exploring his Scottish/Irish heritage, and being with family. He lived a humbly pious life, spending much of his time investing in his church. He was known to never replace things until they broke beyond the point of repair. He was beloved and left a special mark on many people during his life. His memory will be forever celebrated by his friends, family, and all who knew him.

A funeral service is scheduled for 2:00pm on Thursday, December 16, 2021 at Christus Victor Lutheran Church, 400 Harbison Blvd., Columbia, SC. Visitation will take place on Wednesday, December 15, 2021 at Thompson Funeral Home of Lexington, SC at 6:00-8:00pm. His remains will be transported to his hometown in VA the following day, where he will be laid to rest with his parents.

In lieu of flowers, memorials can be made to Christian Education programs at Christus Victor Lutheran Church or Woyatan Lutheran Church,  522 Anamosa St, Rapid City, SD 57701.  (605) 348-0247

Share Your Memory of
LTC Frederick
Upload Your Memory View All Memories
Be the first to upload a memory!
Share A Memory
Plant a Tree