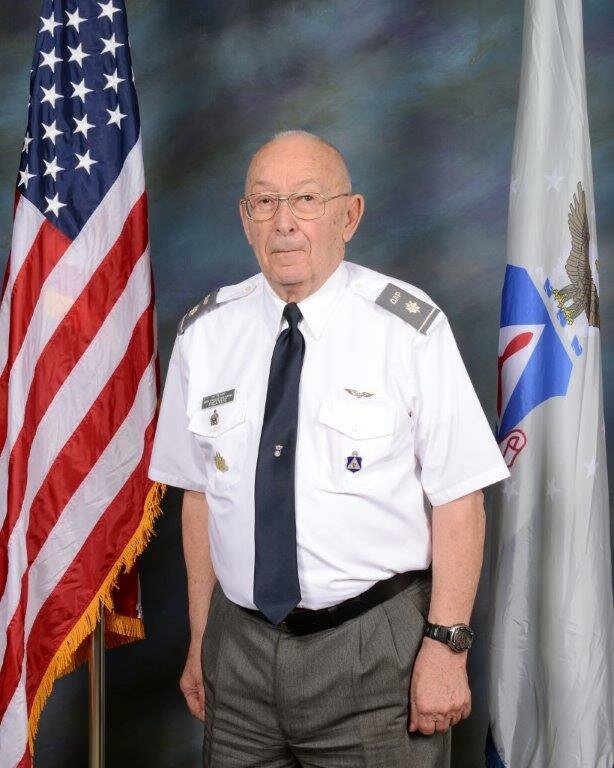 David Stanley Friedenberg passed away at the home of his daughter and son-in-law in Fort Mill, SC on September 28, 2021. He was born June 16,1934 in San Francisco to Isadore Friedenberg and Catherine Florence Herschfielder. A graduate of George Washington High School in San Francisco, he joined the United States Air Force in November 1953. He retired from the USAF with 20 years, 4 months and 15 days of service. His work in Civil Air Patrol spanned over 7 decades with over 60 years of volunteer service, beginning in 1949.

He met and married Ferol Francis Green while stationed at Lackland AFB. He was a drill instructor, with a commanding voice that young people have responded to for decades. While in C.A.P., beginning in 1949 he was active in Training, Communications, Logistics, uniform dress code rewrites, training material updates, Search and Rescue training and missions, and far too many other activities and commendations to mention. He enjoyed music of many genres with a massive vinyl LP and cassette tape collection including Classical, Easy Listening, early rock, Celtic & bagpipe, pipe organ, and many others.

To send flowers to the family or plant a tree in memory of David Friedenberg, please visit Tribute Store
Saturday
16
October