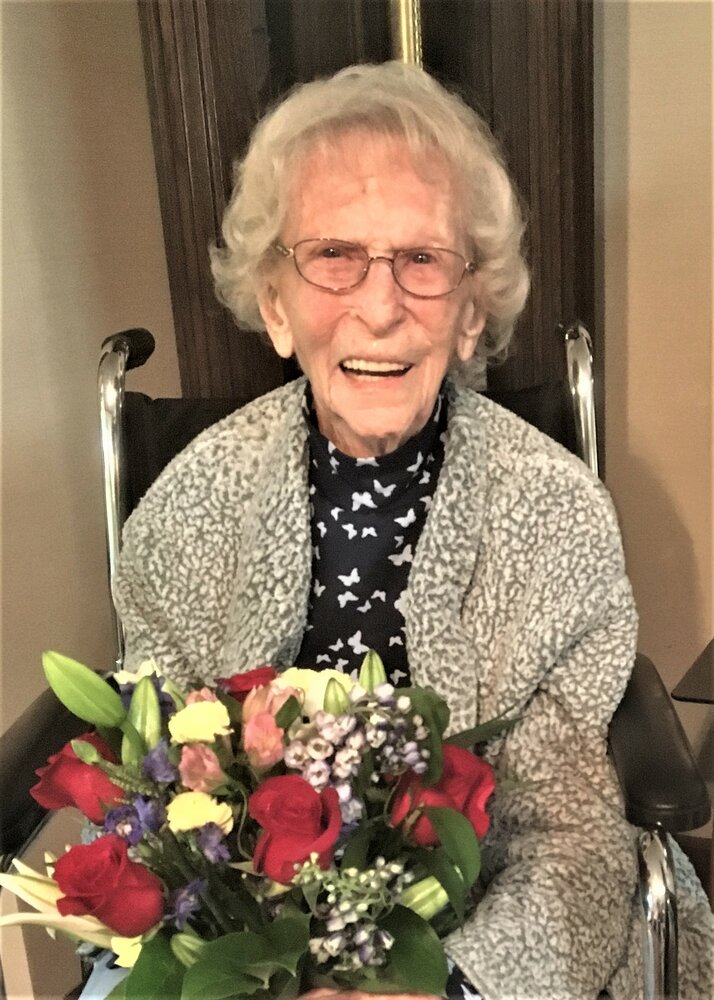 How profound that one of the first prayers we teach our children holds such truth at our death.

Now I lay me down to sleep

I pray the Lord my soul to keep

If I should die before I wake

I pray the Lord my soul to take

She was born December 4. 1922 in Oak Grove, Missouri to Price Clayton Owings and Julia Margaret Campbell Owings. She was the 7th child in a family of 14 children. Her mother Julia taught her the diligence and obligation of home and family. Her father shared his joy of adventure. They both taught her the necessity of hard work and meeting the needs of others.

She married Edward Eugene Davis on January 24, 1942. Gene and Fran spent an incredible 72 years together, they parted for a time when the Lord called Gene home October 16, 2014. They both were born on their family farms. After they were married, they owned their own farm. They survived World War II and the Great Depression. In 1956, they began a new adventure on the cross-county pipeline. Gene became a welder and work eventually brought them to South Carolina where they made their permanent home and owned their own business.

Their love and devotion to one another was one of a kind. Their marriage could be described in Mark 10:8, “No longer two but one.” They were a team through everything life threw their way and they always kept their faith in God’s Guidance.

She took great pride in her family and would often say, “They took well to raising”.

She loved people and was always looking for ways she could help those in need. She was like a home grown missionary.

She never could abide laziness and was quick to lecture anyone who thought they deserved something for doing nothing.

Her Motto in life was: “A stranger is just a friend that you haven’t met yet”.

She would be quick to tell anyone: “Life is short- live as if it will be last and never be afraid of hard work.”

They touched down like a tornado in churches as they traveled but made Fellowship Baptist their final church home. She was of the opinion the old way of preaching was the best. Preach God’s word, preach it plain and true and if it stepped on a few toes-change your ways. Don’t sugar coat it. Let the devil know that he is not welcome here.

She was one of a kind.

She will never be replaced.

Check out John 14:1-3 to make sure you are on the right road to meet her in Heaven.

She always said: “Remember me like you last saw me. Instead of sending flowers after I’m dead, look for somebody to help.  Do it and remember me.”

She truly cherished each and every day.  A new adventure was always on the horizon.

The entire family is grateful for her love-her giving heart-her strength and her continuous faith and trust in God’s Plan.

She will be deeply missed.

Share Your Memory of
Mary
Upload Your Memory View All Memories
Be the first to upload a memory!
Share A Memory