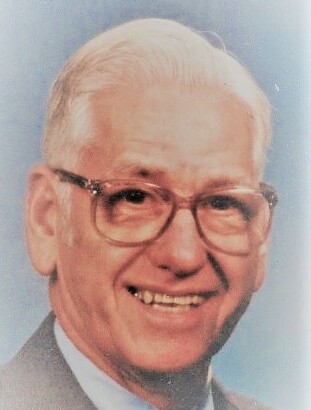 He graduated high school from the Epworth Children’s Home and was a proud veteran of the US Army during World War II. He was in Italy when the war ended and came home to marry his sweetheart, Irma Price, in 1949.

He learned early in life what it meant to be a hard worker and put everything into what you do. His first job after the Army was at Hood Motors, then to Mutual Motors which became Jim Moore. He proudly owned a hardware store in Chapin, SC, worked at PAI Parts, and managed a hardware store in Camden until he retired.

Jack and Irma enjoyed their retirement by driving to visit family and various tourist sites from Florida to Niagara Falls. They were married 61 wonderful years until her untimely death in 2010.

Jack was a proud member of Columbia Evangelical Church, having been an elder and sharing his talents in construction and renovation at the church.

The last 11 months of his life, he was cared for by the compassionate staff at Agape Hospice House.  He delighted in keeping them laughing every day.

Jack is survived by his son, John R. “Bobby” Raines and daughter, Sharon R. Hanger (Lee);
two grandchildren, Justin Hanger (Jess) & Kyle Hanger (Lauren); and the light of his life, his great-grandchildren, Logan & Madelyn Hanger. Also, his sister Mrs. Dorothy Porter (Olan), sister-in-law Azalie Sharpe (Sam) and brother-in-law, Bill Price (Sandra), along with the rest of the close-knit and loving nieces and nephews on both sides of Jack & Irma’s families.

The family requests no flowers or food but donations may be made in Jack’s honor to Columbia Evangelical Church, 1015 Barnwell Street, Columbia, SC 29201.

For those unable to attend, the service will be streamed live via the following link: https://client.tribucast.com/tcid/7699389693

Share Your Memory of
John
Upload Your Memory View All Memories
Be the first to upload a memory!
Share A Memory