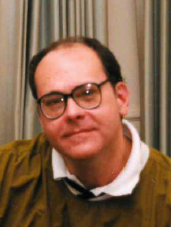 Steven Alexander McDougall, 68, died peacefully on March 26, 2022. He was the son of the late Albion (Allie) M. McDougall and Christine Stevenson McDougall.

Born December 16, 1953 in Columbia, South Carolina, Steven attended Heathwood Hall and Dreher High School. He earned a Bachelor of Arts degree from Presbyterian College in Clinton, South Carolina where he was a member of the Alpha Sigma Phi Fraternity. After college, Steven was employed by the South Carolina Legislative Audit Council. He then worked for Congressmen Floyd Spence in Washington, D.C. where much of his work was focused on Defense Department matters. He was later employed by the Regan-Bush Presidential campaign. Returning to Columbia Steven worked briefly for Merrill Lynch and sold insurance.

Steven's hobbies included photography and making reproduction antique furniture. He enjoyed numismatic, stamp collecting and American history. He especially enjoyed the many Boston Terriers owned throughout his life and never met a stray animal that he didn't try to help.

Steven is survived by his brother William (Bill) A. McDougall and sister-in-law Katie McDougall; his nephew W. Chris McDougall of Atlanta, Georgia and his wife Jill and great-nieces Caroline and Kate.

The family would like to thank the staff of Frensenius Kidney Care of Columbia and Carolina Gardens Kathwood for their care of Steven.

A grave side service will be held at Greenlawn Memorial Park at 1:00 p.m. on Thursday, March 31, 2022. Thompson Funeral Home  Greenlawn is assisting the family with service arrangements.

Share Your Memory of
Steven
Upload Your Memory View All Memories
Be the first to upload a memory!
Share A Memory