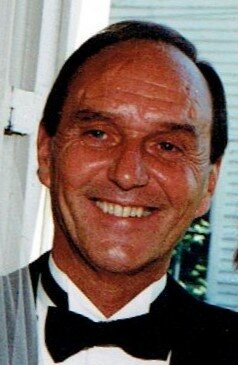 George exceled in sports; track and baseball in his younger years, tennis, and golf as an adult; and enjoyed watching the Gamecocks play.  He was a class of 1960 graduate of Olympia High School and retired after a 30-year career at South Carolina Electric & Gas Company. He was a long-time member of State Street Baptist Church in Cayce, S.C.  George was a dedicated and loving husband, father, and grandfather. He was an animated storyteller, and never met a stranger.

In addition to his wife of over 60 years, George is survived by his children, DeAna Reed-Sharpe (Michael Earl) of West Columbia, S.C., and Shannon Wessinger (Deryl) of Mt. Pleasant, S.C.; and two grandchildren, Audrey, and Reed of Mt. Pleasant, S.C. In addition to his parents, he was preceded in death by his brothers, Dr. Stanmore Reed of Columbia, S.C., Robert Reed of Gilbert, A.Z., and Joe Reed of Mebane, N.C.

The family will receive friends at 1 p.m. Sunday, March 13, 2022 at Thompson Funeral Home of Lexington, 4720 Augusta Road Lexington, SC 29073.  A Celebration of Life service will be held in the Thompson Funeral Home of Lexington Chapel at 2 p.m. Burial will be at Greenlawn Memorial Park. Pallbearers include Larry Bonnette, Eddie Player, Michael Earl Sharpe, Ken Walters, Deryl Wessinger and Reed Wessinger.

A Celebration of Life service

Share Your Memory of
George
Upload Your Memory View All Memories
Be the first to upload a memory!
Share A Memory