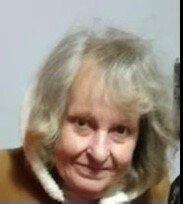 Linda Diane Carpenter Smith, of Columbia, South Carolina, passed away on January 20, 2022. Diane was born on February 26, 1959, in Roanoke, Virginia, to the late Carl Carpenter and Nora Thornburg Carpenter. She grew up in Columbia, South Carolina. Diane thrived in her role as a loving mother and wife. She and her husband, Robbie, recently celebrated their 47th wedding anniversary. Robbie served in the Army and together they lived in Germany for a few years. The last several years of Diane’s life, she was devoted to caring for her husband as his primary caregiver. Diane never asked for help and never wanted to be a burden. Her strong will defined her and made her the wonderful woman she was. She loved her family who were always assured of her love for them, along with every dog she ever owned. Her memories are entrusted to be cherished by her husband, Robert Tillman Smith, and her son Casey Smith and his wife Kimberly, from Charlotte, North Carolina. In addition to her parents, Diane was preceded in death by her in-laws, the dear Robert Nelson Smith (“Bobby”) and Susie Melton Smith (“Sue”), that knew her since she was 15 years old and loved her and cared for her as their own. Diane and Robbie’s son is who he is today because of them as well. Her son and daughter-in-law chose to have a private service at Fort Jackson National Cemetery. They will have a Celebration of Life where all her beloved cousins and best friend, Cindy, can share memories.

Share Your Memory of
Linda
Upload Your Memory View All Memories
Be the first to upload a memory!
Share A Memory