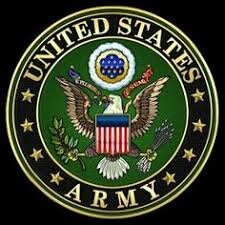 Nigel Douglas Burkhardt, 70, of Columbia, SC passed away on Wednesday, February 16, 2022 at Lexington Medical Center. Nigel was born in Maddison, Kentucky on August 11, 1951.

Nigel was an avid hunter, loved the woods, competition shooting, and collecting rare pens and inks. He graduated from USC in Columbia, SC with a Master's Degree in Public Health. In 1995, while working at the VA Medical Center in Columbia, he met Alisa Brooks and they married in April of 2007. Nigel worked as the supervisor for Nuclear Medical for 22 years. Nigel served in the US Army for 13 years and worked in various medical fields.

He is survived by his wife, Alisa Brooks; sisters, Abby Burkhardt and Lana Simpson; and nephew, Nathaniel Burkhardt.

The family requests that in lieu of flowers, donations can be made in his honor to the American Cancer Society.

A graveside service will be held at Fort Jackson National Cemetery on Wednesday, February 23rd at Noon.

Share Your Memory of
Nigel
Upload Your Memory View All Memories
Be the first to upload a memory!
Share A Memory