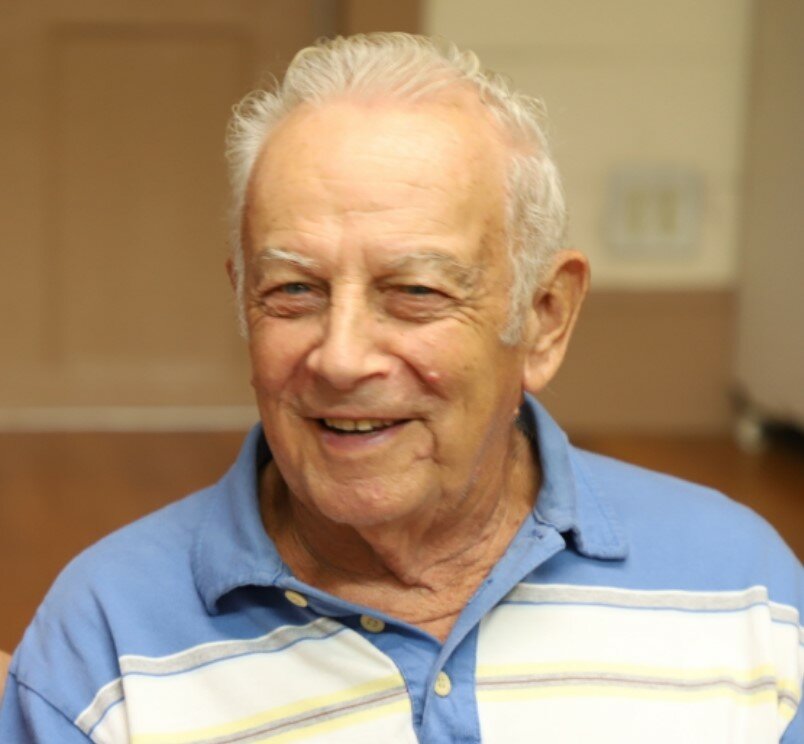 Leon graduated from Lexington High School in 1954, lettering in football his senior year after an undefeated season. He dreamt of attending Clemson University to study engineering, and had a full scholarship from SCE&G, which he declined to remain close to home to take care of his aging father and help with the family well drilling business. He eventually took over E.L. Frick and Sons Well Drilling and continued in the business over the next 64 years until his oldest son, Glen, took over daily operations. Leon took much joy in working hard in an honest trade, providing access to clean water for his community, and he loved the time he spent outdoors while working.

He developed a keen interest in music at an early age, as his granddaddy, Andrew Frick, was a luthier and fiddle player. His uncle, Floyd Frick, gave him his first mandolin, and by the time he was a teen, but too young to drive, he was playing country dance music with his Corley cousins at what is now known as The Skyline Club in West Columbia. He used his music earnings to purchase a tractor for the family farm, well drilling equipment, and his dream car, a 1956 Ford Fairlane. And through music, he met and married the love of his life, Eva Caroline Amick, on May 2, 1962. He considered an invitation to pursue a career as a studio musician in Nashville and go on the road with several bands, but never regretted his decision to continue in his father's footsteps with well drilling. He thrived on the variety and hands-on aspects of his work, and was proud to have completed many geotechnical holes for the building and maintenance of Lake Murray Dam over a span of about 50 years.

As a father of seven children, he instilled a deep appreciation for acoustic music, a love of nature with walks in the woods around the family homestead, hiking the trails at Table Rock State Park, and riding the waves at Myrtle Beach. With age, his faith and time with family and friends became increasingly precious to him. The family would like to extend deepest gratitude to the staff at J.F. Hawkins Nursing Home, who cared for and nurtured him over the past year. He especially appreciated the gospel music and the camaraderie provided by everyone there.

A funeral service will be held at 11:00am on Monday, January 17, 2022 at Thompson Funeral Home of Lexington, 4720 Augusta Road, Lexington, SC. A reception will take place immediately following the service at the funeral home. Burial will commence at 3:00pm at Newberry Memorial Gardens, 15127 C R Koon Hwy, Newberry, SC.

If desired, memorial contributions may be made to:

Share Your Memory of
Ernest
Upload Your Memory View All Memories
Be the first to upload a memory!
Share A Memory
Plant a Tree