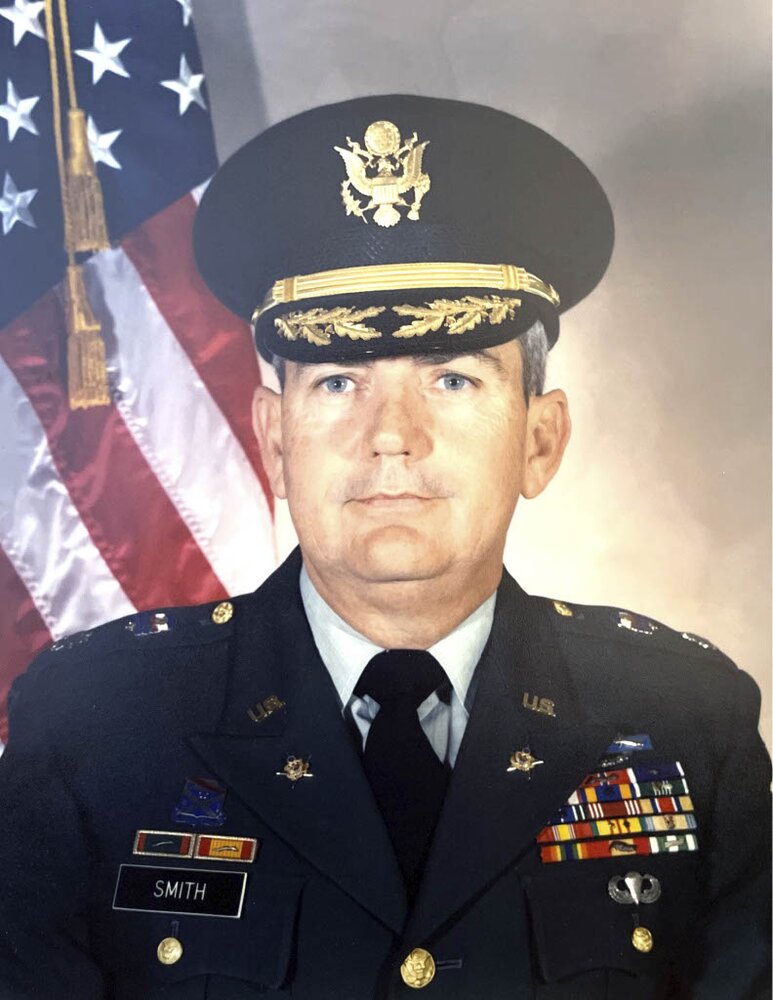 Major James Glyn Smith, 78, of Columbia, SC, passed away December 8, 2021. He was born in Charleston, WV to the late Olin and Virginia Nunn Smith.

Visitation will be held at Thompson Funeral Home at Greenlawn Memorial Park on Thursday, January 6, 2022 at 6:30pm. The Requiem Mass will be celebrated at Saint Joseph’s Catholic Church, 3600 Devine St., Columbia, SC on Friday, January 7, 2022 at 1:00pm. Interment will follow in Greenlawn Memorial Park. Family and friends may sign the online guest book at www.thompsonsfuneral.com.

Share Your Memory of
Major James
Upload Your Memory View All Memories
Be the first to upload a memory!
Share A Memory