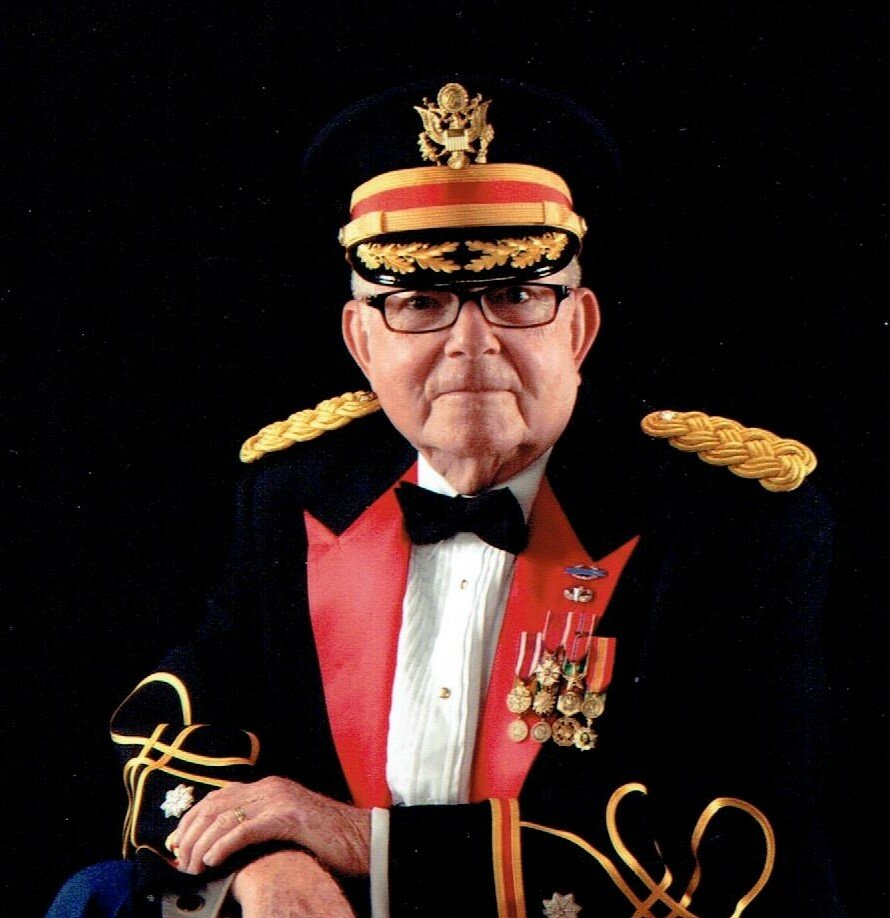 John Richard Mitchell passed away peacefully at his home with his wife by his side on Saturday, October 30, 2021. John was born December 22, 1936 to Joseph and Agnes Smith Mitchell in Joplin, MO.

He attended high school at Wentworth Military Academy and received his bachelor’s degree from University of Texas at El Paso. John entered the Army in June 1959 as a 2nd Lieutenant. His army career would include a tour in Vietnam, South Korea, and Germany. He would receive his MBA while serving in the army and became part of the Army Controller Program. He finished his 20 year career at the Pentagon with the Defense Intelligence Agency as a Budget Analyst.

After retiring as a Lt. Colonel, John moved to NH with his wife, Marilyn, and his son, John. After their divorce, he met his wife, Jolene, while working at New England College in Henniker, NH. Both would later retire from Colby-Sawyer College.

John and Jolene served a mission at Fort Jackson for The Church of Jesus Christ of Latter-day Saints. They fell in love with the people, the area, and the Fort and settled here after their mission was done. They later served together at the Bishop's Storehouse, and as Ordinance workers at the South Carolina Temple. John was a faithful member of the church and found great joy in serving others. They loved working at the Richland County Library Book Barn, where they sorted, shelved and helped with quarterly sales of used books.

John enjoyed traveling with his wife and seeing places he had only dreamed about. His spare time found him working on wood projects in his wood shop. Shelves, bookcases, lazy susans, and other items may be found in many people's homes.

The family expresses gratitude to Homestead Hospice for their very kind care during the final days of John's life. In lieu of flowers, donations can be made to the South Carolina Oncology Association, 166 Stonebridge Drive, Columbia, SC 29210.

To send flowers to the family or plant a tree in memory of John Mitchell, please visit Tribute Store
Wednesday
3
November

Share Your Memory of
John
Upload Your Memory View All Memories
Be the first to upload a memory!
Share A Memory
Send Flowers