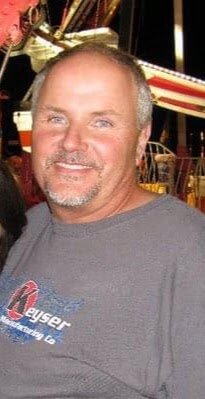 Born November 11, 1961 in Cheraw, SC, Billy was the son of the late John Wesley Cagle, Sr. and Mary Elizabeth Cagle. Billy was a dedicated family man. He was always preaching or teaching about the Lord, racing or life lessons. Billy was a servant of God who wanted to ensure all those he met knew the love of Jesus Christ and would pray with anyone, no matter where he was or what he was doing.

Billy discovered his passion for racing at early age, working alongside his father and his Uncle Ray, which led him to start his own racing shop, Cagle Racing Automotive. He was also the crew chief for Ed Gibbons Racing. His passion, talent and fun-loving personality quickly made him a household name in the dirt track world. Billy loved race days, his family and friends, God, and his peanut M&Ms.

The family has requested that in lieu of flowers, donations can me made to his chosen charity, Oliver Gospel Mission, 1100 Taylor Street, Columbia, SC 29201.

“I have fought the good fight, I have finished the race, I have kept the faith.” 2 Timothy 4:7

To send flowers to the family or plant a tree in memory of William "Billy" Cagle, please visit Tribute Store
Thursday
16
September

Share Your Memory of
William "Billy"
Upload Your Memory View All Memories
Be the first to upload a memory!
Share A Memory
Send Flowers