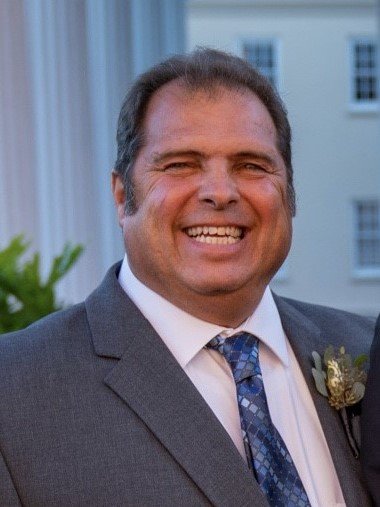 Bill was a charismatic, unforgettable man with an infectious smile and contagious energy. He was an avid Elvis fan and impersonator, a dirt track race car driver, a coach and a mentor. He was known by many names including Pop Daddy, Big Skinny, Mr. Bill, Mr. Excitement, Chicken Wing King and of course, Elvis. He loved camping, fishing, hunting, tubing, sport shooting, creative projects and spending time on the lake and at the beach. Bill loved life and lived every day like an adventure, never met a stranger and was happiest when surrounded by his friends, extended family and family pets.  Above all else, Bill was a proud and devoted husband, father and grandfather.

In addition to his father, Bill was preceded in death by his sister, Lisa Stephenson and his son in law, Joshua Davis.

Donations in Bill’s memory can be made to the Pancreatic Cancer Action Network or Taylor Street Baptist Church in Cayce, SC.

To send flowers to the family or plant a tree in memory of William "Bill" Medlin, Jr., please visit Tribute Store
Sunday
21
February

Share Your Memory of
William "Bill"
Upload Your Memory View All Memories
Be the first to upload a memory!
Share A Memory
Send Flowers