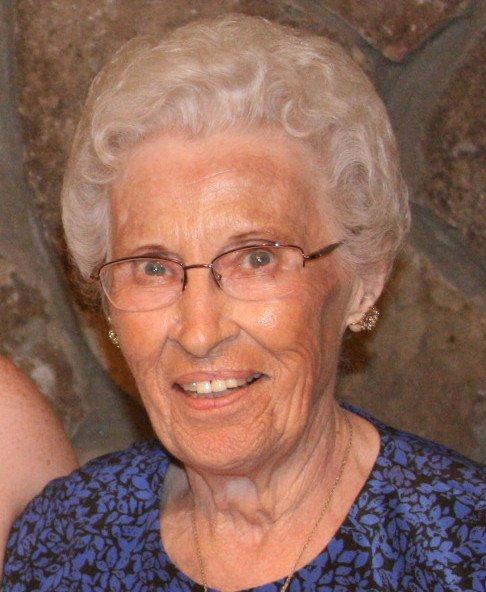 Jennie Ackerman Barton, 94, resident of West Columbia, wife of the late George Edwin “Ed” Barton, Jr., passed away peacefully on January 27, 2021 at Wellmore Skilled Nursing Lexington. They would have celebrated their 75th wedding anniversary in June 2021.

Born June 14, 1926 in Cottageville, SC, she was the daughter of the late Robert Allen and Corrie Redman Ackerman. Mrs. Barton was educated as a Registered Nurse and began in the healthcare field, where she was employed until she began a family.

She was very involved in in her community including the Churchhill Women’s Club, Traveler’s Protective Association where she served as Post President and the Order of Eastern Star, among others. Jennie’s cooking was loved by all who were fortunate enough to try it. She enjoyed crafts such as cross-stitch and was well-known for her collection of “what-nots” – especially ducks. Jennie was an active member of Episcopal Churchs near the various places they lived. She served on the Vestry, various Guilds, including the Altar Guild and the Episcopal Church Women. Most recently she was a member of All Saints’ Episcopal Church in Cayce. Jennie’s greatest love was her family. She was very proud of every accomplishment of her children and grandchildren and loved them unselfishly.

Jennie is survived by two sons, George Edwin Barton, III (Laura) and Richard Redman Barton (Cynthia) both of Lexington; one sister, Leona Denton of North Carolina; and a daughter-in-law, Jean Barton of Cayce. She also leaves behind a number of extended family members and close friends. Jennie was predeceased by a son, Robert Allen Barton, and a daughter-in-law, Susan Bowman Barton.

The family will hold a joint Memorial Service for Jennie and her husband at a future date followed by interment at the Fort Jackson National Cemetery.

The family requests that those wishing to make memorials do so to the Memorial Fund in Jennie’s name at All Saints’ Episcopal Church, 1001 Twelfth Street, Cayce SC 29033.

Share Your Memory of
Jennie
Upload Your Memory View All Memories
Be the first to upload a memory!
Share A Memory
Plant a Tree