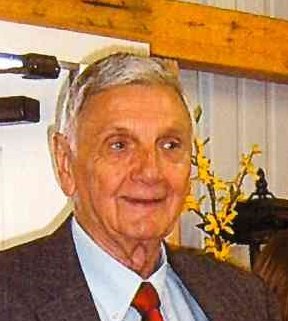 John Edwin Barfield, 87 years old, of Hopkins, SC, entered into eternity with his personal Lord and Savior, Jesus, on Thursday February 6.  John was born on May 25, 1932 in Camden, SC.  He was a gifted, gracious, joyful and godly man.  John was predeceased by his parents, Sam and Clara Barfield, sibliings, Leon Barfield (Rachel), Jerry Barfield (Lily),  and William Barfield.

He is survived by his beloved and cherished wife of 63 years, Polly McCormick        Barfield, his one and only treasured daughter, Becky Barfield Springs (Jerry), two grandsons, Matt Springs (Sarah ) and Allen Springs (Taylor) as well as three great grandchildren: Lowe Springs (5), Montgomery Springs (3), Waylon Springs (2) and many nieces and nephews.

John has faithfully  worked and served the Lord in many capacities - through his careers including 4 years in the Navy - as well as through churches of which he has been a vital part.  John and Polly stepped out in faith to begin a business called Quality Health which they ran for 45 years. As they have in all arenas of life, they worked as a team to encourage, help, teach and minister to people in the dimension of caring well for one's body.  He worked long hours and years serving others - without grumbling or complaining.  He continued working part time until he was 85 years old.

John became a quick friend to those he met in life.  No one felt like an outsider long with John around.  His winning smile with his generous, caring heart enfolded every person he met.  He would listen and engage in conversation about anything. He was also quick to speak a word about Jesus. John believed in prayer and in calling others to individual response and responsibility in life and in prayer. He did all of this with a humble heart that embraced others with grace. John genuinely cared about people. Even in his final weeks of life he was asking Polly to check on others.  He thanked someone serving him the evening he passed.  What a joy to know that John is walking in the BEST and highest quality of health as he is in heaven.  His heart would be for you to live with the hope of heaven in your hearts.

To send flowers to the family or plant a tree in memory of John Barfield, please visit Tribute Store
Sunday
9
February

Share Your Memory of
John
Upload Your Memory View All Memories
Be the first to upload a memory!
Share A Memory
Send Flowers