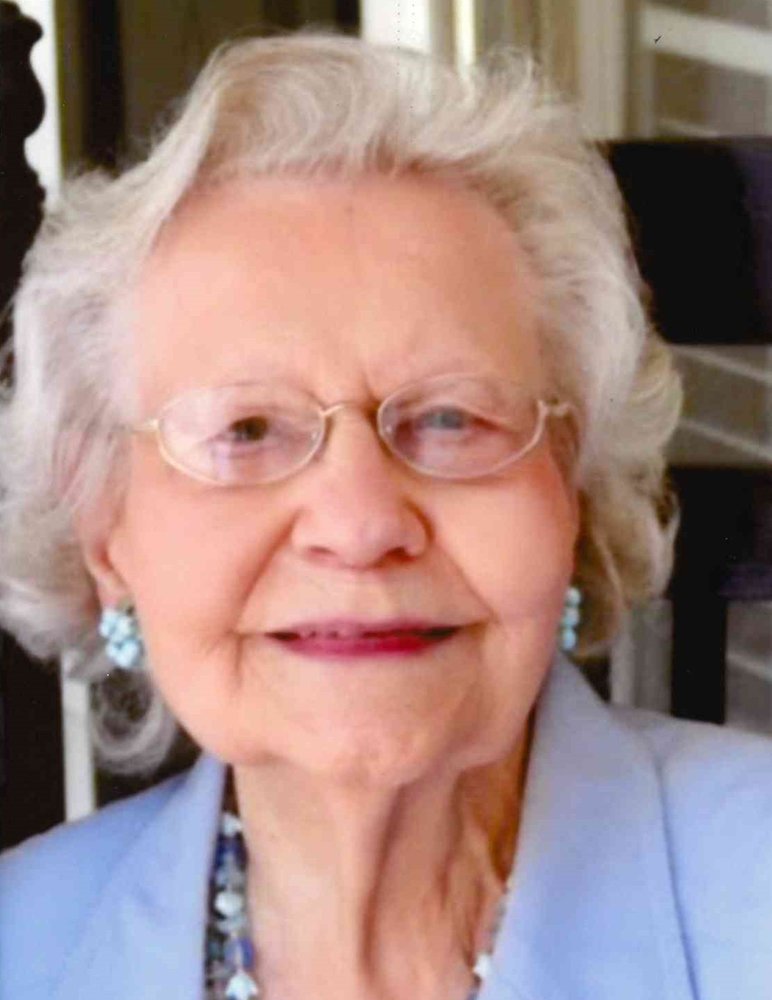 Ethelyn Whitman Beaty moved on to her heavenly home on December 31, 2019. A graveside service for Ethelyn will be held at 11 a.m. on Tuesday, January 7th at Greenlawn Memorial Park on Garners Ferry Rd, Columbia SC.  Public visitation will be at Thompson Funeral Home on Leesburg Rd, Columbia, SC on Monday, January 6th from 5 pm to 7 pm.

Ethelyn was born on February 12, 1925 in Batesburg, SC. She was the sixth of seven children born to the late Edwin Whitman and Ethel King Whitman. She graduated from Batesburg-Leesville High School. After high school, she moved with her mother to Columbia, SC. There, she worked in dime stores and then went on to be a teller at C&S Bank. She was a member of Arsenal Hill Presbyterian Church.  At Arsenal Hill, she met and dated the pastor's son, Walter Kirkpatrick Beaty, Jr. They were married in August of 1951. After moving to Atlanta, GA, Ethelyn gave birth to Walter Kirkpatrick Beaty, III. The Beaty family moved back to South Carolina in the 1960s and lived in several towns throughout South Carolina until 1969. In 1970, while residing in Aiken, SC, her husband passed away. She and her son then moved back to Columbia, SC, where, she worked as a teller at First Palmetto Bank and as an administrator with Liberty National Insurance Company. In later years she lived with her son Walter ('Kirk') and his family in Lugoff, SC.  In her last months, she lived at Brookdale Assisted Living in Sumter, SC, where she met many new friends.

She loved people and enjoyed making them laugh and smile. Singing was her passion, and she would not hesitate to belt out a tune anywhere.

Share Your Memory of
Ethelyn
Upload Your Memory View All Memories
Be the first to upload a memory!
Share A Memory
Send Flowers