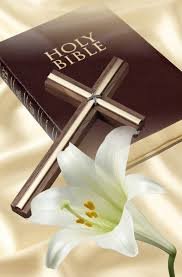 Rev. Oliver Forrest Howard, 93, of West Columbia SC. passed away September 27, 2019 in Columbia, SC.  He was born July 26, 1926 in Andrews, SC. to Jake P. and Annie Bell (Johnson) Howard.  Rev. Howard served as a minister for 71 years and during those years served as a church overseer and school teacher.  He enjoyed spending time in his study reading and researching.  Rev. Howard also served proudly in the United States Navy during WWII.

Rev. Howard was preceded in death by a son Stephen Howard, brothers Walter, Pete, Durant and Jake Howard Jr. along with one sister Inez Wilson.

A funeral celebration For Rev. Howard will be Wednesday, October 2, 2019 at 3 p.m. at the City of Hope Church (Church of God of West Columbia) which is located at 1403 D. Ave., West Columbia 29169.  A gathering for family and friends will be held at 2 p.m. until the 3 p.m. funeral service also at the church.  Entombment will follow the service at Elmwood Cemetery and Mausoleum in Columbia, SC.

To send flowers to the family or plant a tree in memory of Oliver Howard, please visit Tribute Store
Wednesday
2
October

Share Your Memory of
Oliver
Upload Your Memory View All Memories
Be the first to upload a memory!
Share A Memory
Send Flowers