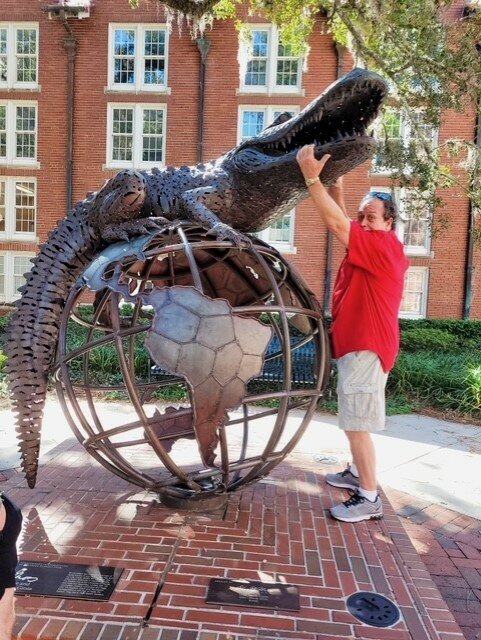 Mr. William (Bill) Johnson was born in Albuquerque, New Mexico and raised in various parts of the United States and abroad. He met his bride (Ruth Lois Bookstaver Johnson) during high school in Aiken, SC.

In his younger years, Bill played high school football. Bill had a variety of favorite pastimes which included (but was not limited to) fishing, boating, RV’ing, grilling, real estate investments, and fixing things. For relaxing getaways, his favorite locales were Dreher Island (Lake Murray) and Edisto Beach.

Bill was kindhearted and enjoyed helping everyone! It delighted Bill to help neighbors, family, friends, and even strangers. He also never met a stranger and delighted in the opportunities to meet new people, make new friends, and learn new things. His outgoing personality led to countless, random conversations no matter where he was.

Bill proudly served in the United States Air Force from 1976 to 1979. He was stationed in Denver, Colorado and Cheyenne, Wyoming, and reached the rank of Staff Sergeant prior to leaving. In 1989, Bill returned to South Carolina with his family, and he has since resided in West Columbia.

After more than 20 years, Bill left from Savannah River Nuclear Site and began to pursue his real passion of investing in and rehabilitating homes, as well as flipping homes. He possessed a true flair for visualizing an “ugly” home and what it could be after his touch. He masterfully demonstrated the necessary patience and took time to complete each project.

Bill was focused on the importance of family. He invested tremendous time and energy into his marriage, children, and his grandchildren. The grandchildren had a special way of melting his heart; he enjoyed helping them “drive the boat”, baiting their fishing rods, watching the fireworks over Lake Murray, riding the segways, and more. Bills fathomless desire was to be supportive of his family and see them be successful.

He is survived by his wife (Ruth) Johnson of 47 years, children Michael (Tabitha) Johnson; 3 grandchildren, Hayden Johnson, Eli Johnson, Vera Johnson; and his brother (Wyatt) Johnson. He is preceded in death by his parents Wyatt and Donna Johnson and his sister, Trudy Johnson Cox.

Share Your Memory of
William
Upload Your Memory View All Memories
Be the first to upload a memory!
Share A Memory