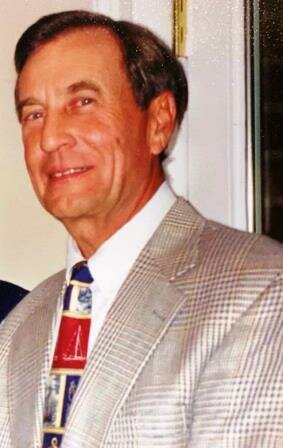 Roger Livingston Hill, 86, a life-long resident of Sandy Run, was called “Home to Heaven” December 19, 2022, after a brief illness. Roger was born to Raymond and Lavinia Hill in Sandy Run, Calhoun County, SC on January 6, 1936.

Roger was employed by Carolina Eastman Chemical for 30 years. He served on Calhoun County Council for 28 years, the SC Forestry Board for 62 years, and the Calhoun Academy Board from its inception in December 1969 until his passing. He was a member of the Sandy Run Boy Scout Troop and a charter member of the Sandy Run Ruritan Club, founded in 1990. He served on the Farm Bureau Board several times, was a Volunteer Fireman with Sandy Run Station for several years, and served on the Lower Savannah Council of Governments for 19 years. He was an active member of Beulah United Methodist Church and an Adult Sunday School Teacher for 50 years.

Roger managed the Family Farm and Estate since his father’s passing on November 5, 1960. He was an avid farmer since the age of 25, and was affectionately known as the “Corn Man” and “Mayor of Sandy Run.” He was a friend to all who knew him. Most importantly, he loved Jesus with all his heart and wanted everyone to know Him so they could be the salt and light in the world for Jesus.

In addition to his parents, Roger was preceded in death, by an infant brother, Keith Raymond Hill.

Services will be held at Beulah United Methodist Church, Sandy Run, December 27, 2022 at 2:00 p.m. Visitation will begin two hours prior to the service. The burial will be private.

Share Your Memory of
Roger
Upload Your Memory View All Memories
Be the first to upload a memory!
Share A Memory