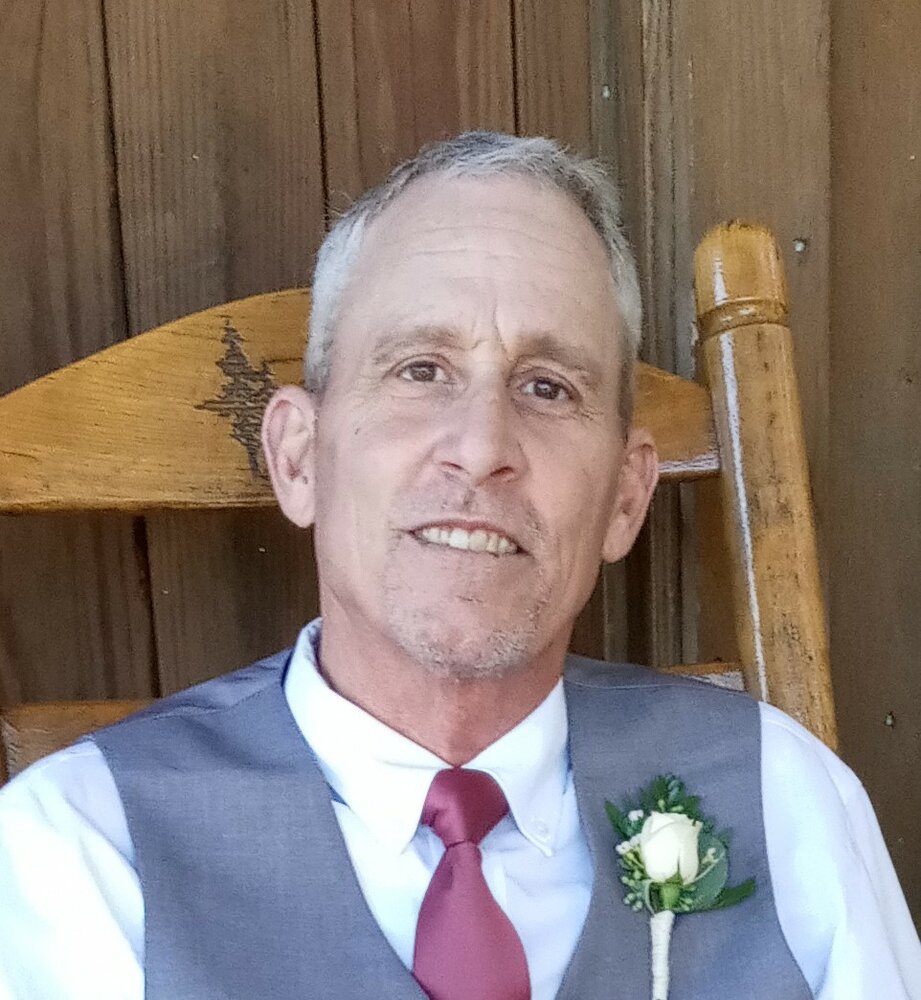 Jeffrey “Jeff” “Bodean” Kenyon, Jr., of West Columbia, South Carolina, received his ultimate healing on Friday, December 2, 2022, after a brief & courageous battle with cancer.  He passed away at home in the arms of his wife.

Jeff was born in Hackensack, NJ on October 30, 1967 where he honed his street smarts until the age of 12 when his mother moved Jeff & his brother to Bedford, VA.  The Bedford farm, Bonderosa, was the focal point of his formative years, & Jeff adapted his street smarts to country savvy.  He rocked the drums & ran track before graduating from William Campbell High School.  He joined the Air Force & moved to Malmstrom AFB, MT to guard nuclear missiles because of his smarts.  Afterward, he began repairing tires at a garage frequented by several NASCAR legends.  The seed was planted with tire dust & racing.  During that time, his life ran in a regrettable direction for a brief period, away from authority & toward consequences.  His untamed period ended when he realized he had the smarts & foundation to be a better man, while helping others earn high school diplomas.  He changed his life & went back to tire work.  He learned quickly, moved fast & excelled in the industry.  He became an expert in his field & progressed to giant, earth moving tires.  He had the energy to change more tires & work longer hours into his 50s than younger colleagues.  He kept his mind young by playing pranks on his coworkers & telling jokes to everyone; he knew hundreds.

Jeff became a great man as witnessed by many throughout his life.  He jumped out of bed with a smile, was happy, positive, generous, energetic, smart, hilarious, stable, kind, friendly, loving, sincere, thoughtful, caring, dependable & helpful.  Jeff will be greatly missed by his wife, mother, brother, family, friends, co-workers, customers & others who were lucky to know him.

The family wishes to express appreciation for the tremendous support received from Jeff’s employer of 17 years, Jim Whitehead Tire.  Jeff and his partner, Mike Ruff, started the Columbia, SC location.  The company facilitated Jeff’s transition from work truck to office when it was time and was generous and kind during his health challenges.  The family also thanks neighbors Melissa Martin, Colt Wooten & Elana McManus for their years of friendship that turned into family.

Share Your Memory of
Jeffrey
Upload Your Memory View All Memories
Be the first to upload a memory!
Share A Memory