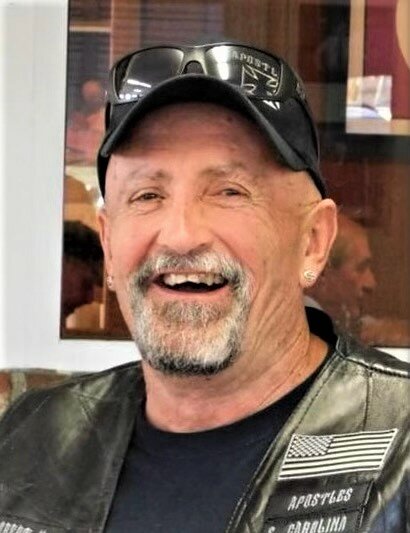 Robert David Nichols, 70, of Columbia, S.C., went to be with his Heavenly Father on Wednesday, November 23, 2022, surrounded by his friends and family. He was born on July 31, 1952 in Lakewood, New Jersey. In 1969, he enlisted in the United States Marines Corp. He started his first job with the Fort Jackson Fire Department and opened up his own siding company. After retiring 28 years as a firefighter, Robert pursued his career as an EMT with Lexington County. He was a hardworking man who was committed to his careers and proud to have served to his country.

After moving to Columbia, S.C., Robert went on to having two beautiful daughters, Courtney and Kristina Nichols. He also became a huge South Carolina Gamecock fan.

Robert was known to being very headstrong and realistic, but was willing to do anything to help his friends and family in need. He was very OCD when it came to his personal property. Robert loved hunting, riding his Harley Davidson with the Apostles Motorcycle Society and volunteering at Newspring Church on the safety team.

Robert is survived by his two daughters, Courtney and Kristina Nichols; his grandson, Sawyer Martin; his granddaughter, Braelynn McCoy; his mother, Joan Squitieri; his pitbull, Baby; as well as his cousins, aunts, uncles, and countless friends. He is preceded in death by his father, Carmine Squitieri.

Please post memories, condolences, photos and/or videos of Robert on this website to remember all the lives he has impacted. He will truly be missed.