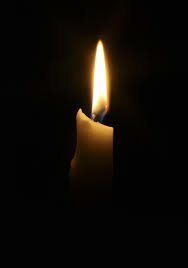 Frances Smith Hitchcock was born on February 15, 1924, in Charleston, West Virginia. As a young woman, she moved to Chicago where she met her husband, Rex. In the early 1960s, they left the snow in Illinois to move their family to Florida. She was Jewish and her husband, Rex, was Protestant. As a way of embracing both faith traditions, the family attended the Unitarian Church. Fun-loving, outgoing, and
young at heart, she had many friends who loved her dearly. She skipped two half-grades, went to college at night, and worked as an administrative assistant. Although she could not carry a tune, in her forties, she found her perfect niche when she joined the gadget band whose hilarious performances raised money for the elementary school PTA. A loving, devoted wife and mother, she raised her children
with a strong moral foundation emphasizing truthfulness, kindness, and tolerance. Over the years, she derived great comfort from her pet dogs and cats. For hobbies, she loved to play cards, walking, dancing, and watching baseball. She was an ardent Miami Marlins fan.

The funeral service and internment will be at the Woodridge Memorial Park Cemetery in Lexington.

Share Your Memory of
Frances
Upload Your Memory View All Memories
Be the first to upload a memory!
Share A Memory