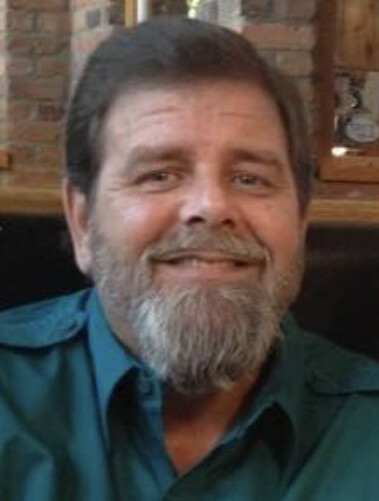 Michael Emil Heidkamp, 62, of Irmo, SC passed away peacefully on September 20, 2022 surrounded by his family. Born and raised in the “Windy” City of Chicago, Mike grew to be known and loved by many, due to his jovial personality that was contagious to be around. His love for family, and giant heart, was respected in the highest regards.

Mike led a life that many would be envious of. He a received his Bachelor’s degree from Northeastern Illinois University and was a very successful businessman. His career in sales, came naturally to him, as he never met a stranger. His sense of humor mixed with a hard work ethic instilled in him by his parents, was the perfect recipe for success.

It is through his business ventures, that he met the love of his life, when he made the move down south in 1988. At a local shag dance club in Columbia, SC.  Mike made the transition from a Charismatic Midwestern Man to a true Southern Gentlemen. A reputation that would characterize him for the remainder of his life. Mike and his “Southern Belles” as his Chicago family would refer to his Southern Heidkamp clan!

As a loving father and friend to any person he met, all can agree that Mike had a sense of humor and love of laughter, that was unmatched. He had a joke for every occasion, a story that would draw you near, words of wisdom to cheer you up, and a view on life that made it hard for anyone to not have a sense of internal peace after hearing him speak. A true genius with saying the right words, at the right time, to surely lift your spirits on any occasion.

Some would say that the only time Mike would stop and take a breath from storytelling, was over a meal with his friends and family. Mike loved life, and Mike loved food. He was a foodie. He loved to share a good meal with his family and introduced his southern family to what Chicago style pizza was all about! Including some trips to West Higgins Street in Chicago where he frequented in his youth. Mike was proud when he was able to wrangle his family and friends together, to fellowship with laughter over a good meal.

With so many stories told throughout his life, the stories which included Mike’s hobbies made up some of the best. A scratch golfer in his day, Mike could swing the clubs with the best of them. Including a time where he was caddying and took a bet to play a young Wake Forest stud who was nationally ranked at the time. As the story went, Mike quickly humbled the young star, who claimed Mike was just a caddy and had no chance in beating him, to which Mike did so handedly. Mike would end the story by saying, “He never asked if this was my home course and had caddied or played hundreds of holes out there. I knew every break on every hole,” as he would just shrug his shoulders and wink.

Mike also loved the outdoors. Some of his fondest memories were camping with his family growing up. A tradition that he began with his own family, as they took an annual trip every year to multiple state parks. Of all his outdoor passions though, Mike loved to fish. One of his most memorable trips, was going up to Canada to fish for walleye, muskey, and Great Northern Pike, with his father. He would constantly reminisce on these trips, telling stories of the 40+ inch Great Northern Pike he caught with his father, and pulling up to the banks of an uncharted island where the group would fry up fresh walleye just caught. Pure paradise and Heaven he would say.

Mike was a man who loved life, and did not let any physical or health struggles define him in his later years. He took every challenge with grace, and proved through his positive outlook, that life is beautiful. He was most proud of his family, to whom he showered with a love and influence that will no doubted be passed down to generations to come. A Life well lived!

Mike’s family would like to honor him with two celebration of life parties. One will be held in Columbia, SC on October 9th and one will be held in Chicago, IL on October 23. The family will share event details soon. If you wish to send flowers, please reach out to the family for details on where to send them.

Share Your Memory of
Michael
Upload Your Memory View All Memories
Be the first to upload a memory!
Share A Memory