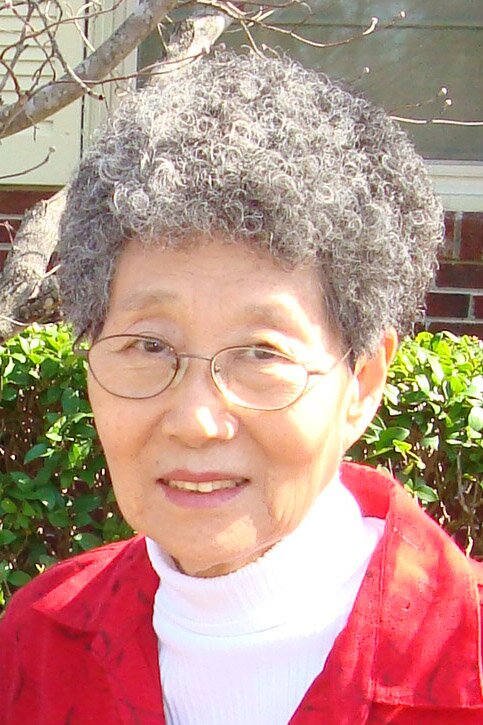 A graveside service celebrating the life of Kim Mo McDaniel, 85, will be held at 11am on Monday, September 19, 2022, in Greenlawn Memorial Park. Kim departed this earthly life on September 1, 2022, in Seattle, WA, after a long and valiant battle with Alzheimer’s Disease.

Born Kyong Mo Kim in Seoul, South Korea, she was the second child of the late Suk Sang Kim (father) and Choon Soon Jun (mother). She grew up with a large family, helping her mother take care of her 7 younger siblings. She met her husband, Gerald “Mac” McDaniel, in Korea when he was stationed there with the U.S. Army. They married in 1964 and moved to the the United States as Mac continued his Army career. They settled in Columbia, SC, where they lived for most of their 46 years of marriage. A talented seamstress, Kim ran her own successful alterations business called “Kim’s Alterations” for 25 years before retiring. She had a great love of music, especially classical music and old church hymns, and always had music playing while she sewed. She also loved to make baby quilts and blankets, which she gifted to countless friends and relatives whenever a new baby was expected.

Kim is survived by her two daughters and sons-in-law, Nancy and Mike Miller, Brenda and Marc Meyer; three grandchildren, Lucas, Rachel and Gabe; brothers Jim Kim, Byung-Mo Kim, Dick Kim, Chuck Kim, Sean Kim; sister Inmo Parloff; niece and devoted caregiver Amie Kim; and a host of relatives and friends who will miss her dearly. She was preceded in death by her devoted husband Mac, her older brother Jack Kimm, and her sister Florence Kim Nguyen.

Share Your Memory of
Kim Mo
Upload Your Memory View All Memories
Be the first to upload a memory!
Share A Memory