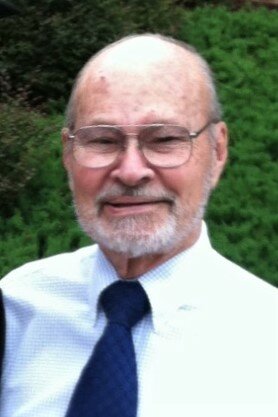 Obituary of Dr. Charles A. McNeill

Charles was a member of the Chemical Corp at Texas A&M University and graduated with a BA in English. He earned his Master of Education at Houston University and his Doctorate in Educational Administration at the University of Texas, Austin. A die-hard “Aggie," Charles will be buried in his favorite Texas A&M shirt!

He served his country as an Army 1st Lieutenant from 1952-1954, stationed in Korea and in the Army Reserves from 1954-1962. He was proud to be chosen for Freedom Flight to Washington, DC, honoring Korean War Veterans.

Charles participated in the local, state, and national Senior Olympics, earning many medals. He served his community in the Silver Haired Legislature, Partners of the Americas, and the Alston Wilkes Society. He was a member of the Jaycees and the Free Masons. A champion of the arts, he performed with the Village Square Theater in Lexington, the Columbia Choral Society, and the Tree of Life Temple Choir. Charles also performed internationally with the Palmetto Mastersingers. He was a founding member of the Cayce/West Columbia Rotary Club and a recipient of the Paul Harris Award. He served on the Lexington District 2 school board for three terms. Additionally, he enjoyed delivering meals-on-wheels to his local community.

Charles was a man of God and believed his purpose was to serve others. He was a quiet, reserved man devoted to his family and respected by many. He touched many lives and left the world a better place for those who knew him.

Visitation will be held at 6pm on Wednesday, at Thompson Funeral Home, Lexington. Services will be held on Thursday at 1:00 pm at Trinity United Methodist Church, West Columbia, with a private family grave site service to follow at Woodridge Cemetery, Corley Mill Road, Lexington. In lieu of flowers, the family suggests that donations be made to a local charity of one’s choice.

Share Your Memory of
Dr. Charles
Upload Your Memory View All Memories
Be the first to upload a memory!
Share A Memory