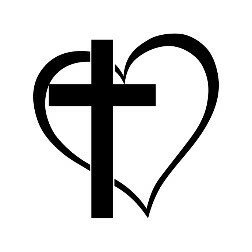 James "Rodney" Warren passed away at his Lexington home on Sunday, August 7, 2022 at the age of 70.  He was the son of the late James A. and Vivian T. Warren.  He is survived by his loving wife, Monica, with 42 years of marriage; his sister, Denise Warren; step mother, Deione Warren; and step sisters, Peggy Gray and Rita Murrah.  Rhonda Inners was also an integral part of Rodney's life.

Rodney was a graduate of Dreher High School. He was an avid lover of motorcycles.  He rode cross-country for many years. He owned and rode horses too.  He greatly enjoyed spending time watching sci-fi movies.

Rodney's greatest thrill in life was his underwater diving career. He worked with adventure novelist, Clive Kussler, on NUMA (National Underwater Marine Agency) expeditions searching for the Hunley submarine off the coast of South Carolina. He held an underwater diving position at the University of SC in the Archeology and Anthropology division.  He was known for his ability to dive in adverse conditions such as fast river currents, deep caves, and black water.  In addition, he was also a certified rescue diver.

Rodney took a hiatus from work for a year to delve into the King James Version of the Holy Bible.  He studied scripture intensely, breaking it back into the Greek, Hebrew, and Aramaic text.  He also shared his knowledge with others, whereby they could be enlightened to the truth of God's word.

Special appreciation and recognition goes out to South Carolina House Calls and Agape Hospice for their outpouring of care and compassion concerning Rodney's health.

Services will be held at 11AM on Wednesday, August 17, 2022 at Thompson Funeral Home Lexington with a gathering directly following at the Mausoleum of Greenlawn Memorial Park.

To send flowers to the family or plant a tree in memory of James Warren, please visit Tribute Store
Wednesday
17
August

Share Your Memory of
James
Upload Your Memory View All Memories
Be the first to upload a memory!
Share A Memory
Send Flowers
Plant a Tree