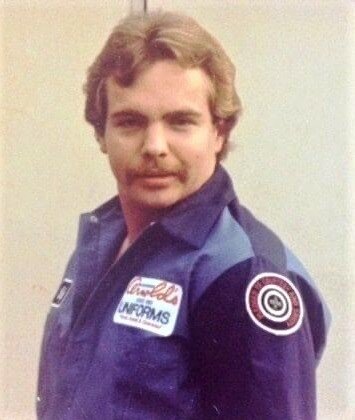 Ralph was born in Columbia, SC on December 29, 1959 to Jim and Frances Lesesne.

Ralph grew up in the Belvedere community with his two older brothers, Bill and Pat Lesesne. He often told stories of watching what his brothers did to avoid getting in trouble himself. There were always lots of funny stories to accompany various shenanigans of three boys. Ralph enjoyed talking about these days. He loved his brothers, and felt a sense of comfort that they were older and watched after him. Ralph's grandmother was a very endearing presence to him during his childhood and young adulthood as well. He felt blessed to receive all the nurturing! He enjoyed reminiscing about his younger years.

Ralph moved with his parents to Lexington, SC where he attended and graduated from Lexington High School. He found “his place and his people.” He made lifelong friends. Ralph’s love for boating and skiing in Lake Murray was second to none.

Ralph continued to work in his family’s business throughout his adulthood. He was extremely proud of Lesesne Industries.

Ralph and Kim married in 1998, where they created a new family with Kim’s 8-year old daughter, Brittany. They adored each other. Shortly thereafter, Savannah was born; Ralph’s first experience with a baby, diapers, and feedings. This relationship started! Katelyn followed 3 and a half years later, completing the family. His “baby KK” was here!

Ralph’s love was his children. There was no birthday, cheer event, basketball game, teacher conference, school lunch, or family beach trip missed. He did it all. He was able to walk Brittany down the aisle at her marriage just a few years ago. That was very important to him, as his mobility began to decline.

Ralph will be forever missed as the best neighborhood dad! He was always outside, playing, supervising, encouraging the kids to do their best in the game! Wonderful neighborhood gang and parents forever in Wise Ferry Plantation! All the kids loved him. He was outside with them every weekend when the kids were young.

Ralph’s family extends to nieces, nephews, aunts, uncles, cousins, sisters in law, brother in law, son in law, and his “favorite mother in law, Barbara.” Ralph also leaves behind his beloved doggies, Charlie and Bruce Lesesne. They miss him!

A tribute cannot be completed without the mention of Ralph’s favorite pastime – the Clemson Tigers. HE was a true fan, never to be dissuaded!

Ralph is survived by his wife, Kim; daughters, Savannah and Katelyn Lesesne; Brittany Byrd (Mikey); mother, Alma Frances Lesesne; brothers, Bill (Ellen) and Pat Lesesne. He leaves behind many other family and friends.

He was preceded in death by his father, James Henry Lesesne.

Share Your Memory of
Ralph
Upload Your Memory View All Memories
Be the first to upload a memory!
Share A Memory