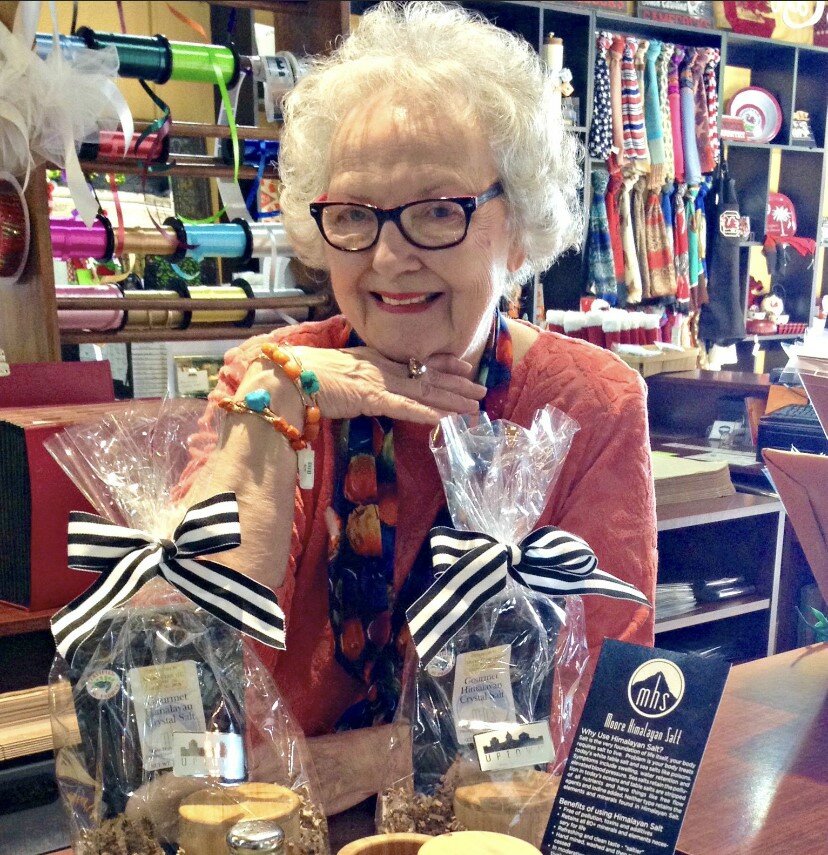 Billie Lou Liles died at home on July 25, 2022, after several years of declining health. She was 80.

Born in Birmingham, AL, on October 21, 1941, she was the only child of the late William Alexander Cain and the late Lucy Van Williams Cain. She was married to Stokes Liles for 48 years, until his death on July 8, 2010.

Her family and upbringing in Birmingham figured prominently throughout her life, and she was influenced greatly by the examples set for her by her parents, grandparents, aunts, uncles, and cousins. It was, however, her maternal grandmother, Burnice Thompson Williams, who made the indelible impression on how she lived her life and faith – to find joy and beauty in life, to be unselfish in all things, and to have a deep and abiding faith in God. Wonderful stories of her family, her childhood in Eastlake and Crestwood, and her lifelong friendships from Barrett School, Minnie Holman School, and Woodlawn High School were always a source of great happiness and laughter to her and our family.

In 1959, she entered Auburn University, as a Home Economics major, was a member of Alpha Gamma Delta sorority, and, in her sophomore and junior years, a varsity cheerleader. In the spring of the following year, she met her life’s love, Stokes Liles. He gave her his KA pin later that year, they were engaged on Easter Sunday of 1961, and were married on September 8, 1962. Their first son, Tokey, was born in 1963, and in 1965, they moved to Seneca, SC. In 1967 they moved to Columbia, SC, where their second son, Brownie, was born, and their daughter, Molly, followed in 1969. Billie Lou and Stokes joined Shandon Baptist Church where she was especially active. She taught fifth- and sixth-grade Sunday School for more than 25 years, was President of the Women’s Missionary Union for several years and was the first woman to be asked to pray from Shandon’s pulpit – quite something in the Baptist Church in the late seventies! She recalled that as she approached the pulpit, Shandon’s Pastor, Dick Lincoln, saw the notes of her prayer sticking out of her Bible, snatched them out, and with a grin, said, “you won’t need those!” She didn’t.

When the children got older, she decided to enter the workforce outside the home. She first worked with soon-to-be brides at The Bridal Boutique, then worked at Box-and-Bow, where she applied her amazing talent for, and love of gift wrapping and was paid to do it! She then moved to Cloud-Nine, where she became known for the beautiful gift baskets she created. Her last position, and one that she dearly loved, was at Uptown on Main, where she continued to produce the most beautiful and thoughtfully put together gift baskets and exquisitely wrapped presents.

Though she never found it difficult to find joy in life, it became so much easier when she and Stokes (Lou Lou and Poppy) were blessed with six grandchildren – three boys and three girls! It was clear to all that she drew on her own wonderful experience with her grandparents to be a model grandparent. Nothing made her happier than to be in their presence and she loved them dearly.

Her qualities were legion. Two that stand out from all the others were her honesty and integrity, and always knowing the way things should be done. Stokes knew this early on, and a favorite nickname he had for her was, “do-right.” The other stand-out quality was her love for, and devotion to her family – that always came first. She supported and encouraged Stokes, Tokey, Brownie, and Molly in everything – many times sacrificing the things she may have wanted to make sure that they got what they wanted. In times when things weren’t so easy, she was the rock to which everyone clung for strength and security. This was never more apparent than when Stokes was diagnosed with an inoperable brain tumor. From the day of his diagnosis, and until his last, her needs took a backseat as she became his chief caregiver – and never skipping a beat in her role of mother, grandmother, and friend. As cliché as it’s become, she was truly a steel magnolia.

She lived a full life, was loved by all, and will be missed by all.

Share Your Memory of
Billie Lou
Upload Your Memory View All Memories
Be the first to upload a memory!
Share A Memory