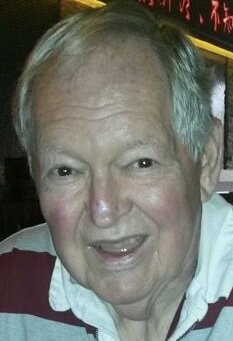 David Miller Leopard, 84, was born April 7, 1938 in Piedmont, SC. He departed this life for his heavenly reward on July 9, 2022. He was the son of Roy and Allie Miller Leopard. Dave never met a stranger and had a zest for life. He attended Taylors High School and was a triple letterman. Dave was one of the first men in his family to go to college and he received his BS in Business from the University of South Carolina on an Air Force scholarship. At USC he was very involved in many activities, and was president of his fraternity, Pi Kappa Alpha. He was a huge Gamecock fan. He met his wife of 63 years, Lynda Ropp at USC and their first official date was to a USC Basketball game. After graduation, he was commissioned in the United States Air Force and spent 26 years serving his country. Dave and Lynda had three daughters. He also received his MBA from the University of Oklahoma. After graduating from Air War College in Montgomery, AL., he was promoted to Colonel. His final assignment was at Langley Air Force Base in Hampton, VA, where he was Vice Commander of the Tactical Communications Division. His military decorations include: Air Force Commendation Medal, the Joint Services Commendation Medal, the Meritorious Service medal and the Legion of Merit with an Oak leaf cluster.

After retirement, Dave and Lynda moved to West Columbia, SC. During that time he went back to work at the State Budget and Control Board, then he was the Executive Director of the SC State Housing and Finance Authority. Dave was also a grandfather to two girls, and he loved everything about being “Papa.” He was a lifetime lover and collector of antique toys and wrote several books on the subject and countless magazine columns and articles. The Antique Roadshow featured his collection, and Dave spent many hours cataloguing, studying, searching for and repairing toys. He was a member of the Antique Toy Collectors of America. (ATCA) His volunteer work included helping at the Commission for the Blind and the United Way of the Midlands. Dave was an actor in quite a few roles at Chapin Community Theatre. He was featured in the film Rescued while he was at Laurel Crest, and a short biographical film called A Life in Toys.

Dave was an active member, Deacon and Elder at Westminster Presbyterian Church in Columbia and he also attended Eastminster Presbyterian Church for a few years. Dave loved traveling and visited all 50 states and many countries. He was always a big family man, a big animal lover, and a social butterfly. After a few tough years, Dave settled in at Laurel Crest Retirement Center. The family would like to thank the staff at Laurel Crest and All Seasons Hospice for their many years of loving care of Dave.

Dave is survived by his wife, Lynda Ropp Leopard; his daughters, Debra, Betsy, and Lynnie Leopard; his sons in law, Mark DiNovo, James Freedman, and Greg Dahl (all of Lexington County, SC); his brother, Curt Leopard (of Taylors, SC); and his granddaughters, Julie and Katie Long (of Charleston, SC.) He was predeceased by his parents, Roy and Allie Leopard of Taylors, SC. In lieu of flowers memorials may be made to Best Friends Animal Society, 5001 Angel Canyon Rd, Kanub, UT 84741; The United Way of the Midlands, 1818 Blanding St, Columbia, SC 29201; or the charity of one’s choice.

Share Your Memory of
David
Upload Your Memory View All Memories
Be the first to upload a memory!
Share A Memory