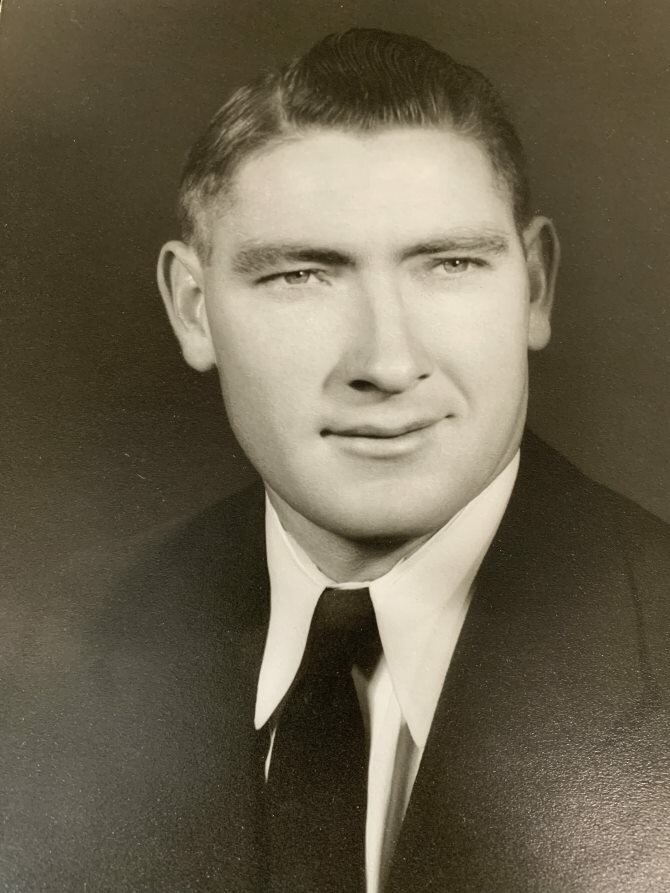 WEST COLUMBIA – Harvey M. Johnson has changed addresses. He joined his dear wife, family and friends in his new home in the Father’s house on June 30, 2022. This was made possible by the gift of God’s loving Son, Jesus, who gave Himself as a sacrifice for Harvey’s sins so that He could be forgiven by God’s grace.

The family will welcome friends from 6 until 8 p.m., Tuesday, July 5, 2022, at Thompson Funeral Home, Lexington. Funeral services will be held at Saluda River Baptist Church on Highway 378 at 1:00 p.m., Wednesday, July 6, 2022. The service will be conducted by his pastor, Rev. John Yorio and Rev. John Rumbaugh. Interment will follow at Southland Memorial Gardens.

Harvey was born in Aiken County, South Carolina on October 4, 1923, the middle of seven children born to Lewis Rivers and Beatrice Hallman Johnson. The family came to Lexington County when Harvey was in the third grade. He graduated from Brookland-Cayce High School and Columbia Bible College (now CIU).  His college education was interrupted for two years of service as a Pharmacist Mate in the U.S. Navy, 1944-1945. He felt blessed to have the call of God to serve with some of God’s choice children in several churches beginning in Aiken County in 1948. He served as Pastor for five years before attending Southern Baptist Seminary in Louisville, KY (1952-1955). While attending seminary, he served as pastor of Canmer Baptist Church in Canmer, Ky. After graduation from Seminary, he returned to South Carolina and served various churches until he was called as Director of Missions for Waccamaw Baptist Association (in Horry County) in 1982. He retired from this position in 1988.

After retirement, he was privileged to serve in many interim and short-term positions with the Lexington Baptist Association and various churches within the county. Harvey has expressed his deep appreciation for the matchless love of God demonstrated in so many of his fellow ministers, fellow believers in the churches he served, and associational and denominational leaders who gave him great support and encouragement during his years of service.

He also, expressed his love and appreciation to God for providing such a gracious and loving Christian family at Agape Village during his last days on earth. He looks forward to greeting each of you as you enter your own homes in the Father’s house. Harvey was predeceased by his loving wife, Ernestine, after more than 63 beautiful years of shared love and ministry for our loving Savior. He was also predeceased by sisters; Stella Carman, Evelyn McGovern, Bernice Powlison, Gertrude Hodgson, and Grace Holmes.  He is survived by sons; Neil Johnson (Vickie) and Dale Johnson, Granddaughter Laura Johnson Morse (James), Great Grandson, Lucas Morse and brother Edward Johnson, along with a number of dear nieces and nephews scattered across the nation.

Share Your Memory of
Harvey
Upload Your Memory View All Memories
Be the first to upload a memory!
Share A Memory