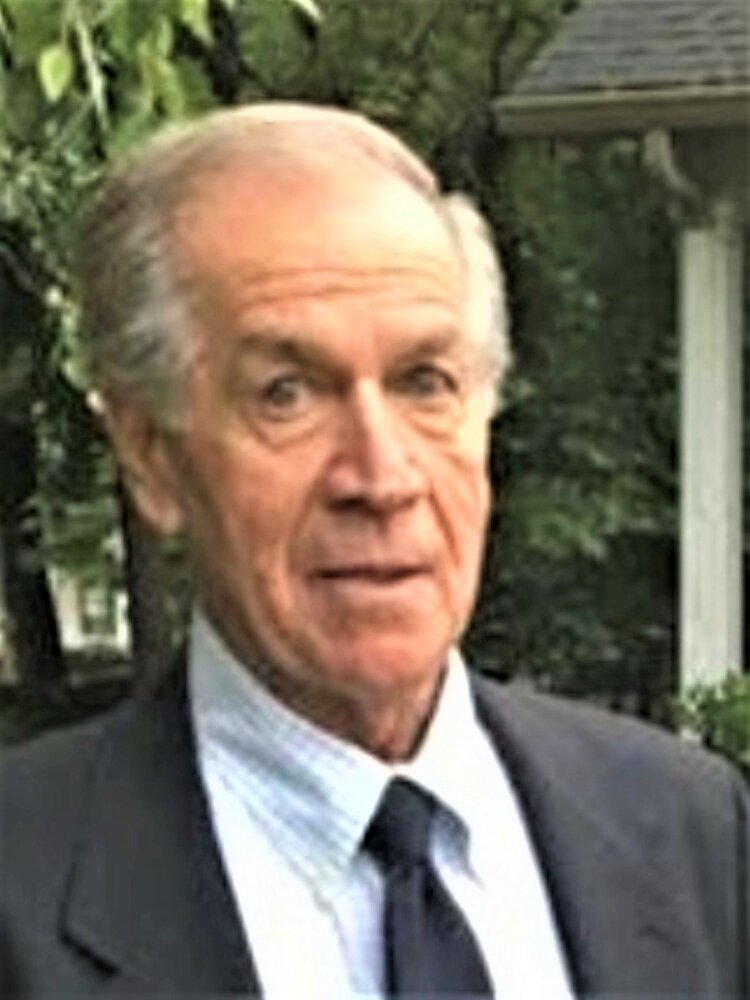 James Dale Overlin was born on September 1, 1938, in Loogootee, Indiana. He passed peacefully after a long battle with dementia on June 24, 2022, at 84 years old. He was predeceased by his father Oswald Dale Overlin, his mother Alberta Van Hoy and his brother Thomas Overlin. Surviving him is his wife of 59 years, Constance Lewis Overlin, his four daughters: Kelly Snyder (Jerry), Kristi DeLoach, twins Jamie Laughlin (Justin) and Kerry Frank (Chris). He is also survived by his six grandchildren James Overlin, Elise DeLoach, Jack and Cole Frank, and Austin and Frances Laughlin. He is also survived by his sister Becky Foley and her children Mandy and Ryan.

James, or as he was most known, “Jimmy”, was a proud graduate of the University of Tennessee, where he was a letterman in football and golf, and enjoyed playing club basketball and baseball. Once graduating from Tennessee, he worked for Ford Motor Company, IBM, and additionally owned Hallmark stores and hotels in Myrtle Beach throughout his lifetime. He was well known for his love of life and his diverse hobbies, flying planes, racing his Shelby GT350, restoring, racing, and collecting vintage cars.  He enjoyed teaching his girls to play tennis, a pickup basketball game with the neighborhood boys, if there was a ball involved, Jimmy was all about it. He was an avid and temperamental golfer and skier.

He was a loving husband, father, and grandfather, who enjoyed great music, family and friends, and a good practical joke. He was so beloved, and will be deeply missed, we will always cherish our memories with GG (Good Guy).

Although dementia robbed him of his last years, he lived a full and exciting life leaving us with so many great memories. A special thanks to all his wonderful caregivers throughout the last few years.

A service will be held Thursday, June 30th at 3:00 pm at the Leesburg location of Thompson Funeral Home.

In lieu of flowers donations may be made in his name to the following charities:

To send flowers to the family or plant a tree in memory of James "Jimmy" Overlin, please visit Tribute Store
Thursday
30
June

Share Your Memory of
James "Jimmy"
Upload Your Memory View All Memories
Be the first to upload a memory!
Share A Memory
Send Flowers