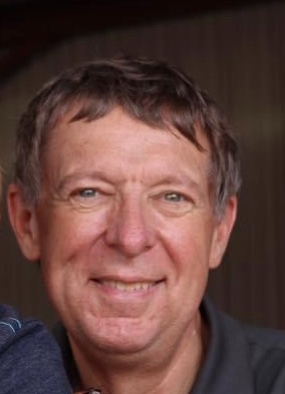 Bob was born April 21,1952 in Knoxville, Iowa to parents, Kermit and Helen Garbe. Bob had humble beginnings as a country boy, being raised on a rural, grain and livestock farm in Melcher Dallas, Iowa. After high school he went on to graduate from Iowa State University in 1975 with a degree in Industrial Engineering. While attending college, Bob served six years in the Iowa Air National Guard where he completed his service in March of 1977 as a Staff Sergeant.

Bob was also accomplished in his professional life. He was a member of two prestigious engineering honor societies: Tau Beta Pi and Gamma Epsilon Sigma. Bob went on to attend Drake University in Des Moines, Iowa and earned a Master of Business Administration degree in 1977.

Bob worked in the Quality Assurance field for much of his engineering career. He earned many Engineering distinctions throughout his nearly 30-year career. These included being licensed as a Professional Engineer, Certified Quality Auditor, and Certified Quality Improvement Associate until he retired from engineering in the early 2000’s. Afterward, Bob had a brief career in real estate as a realtor in the Blythewood and Columbia areas.

In his spare time, Bob enjoyed all things classic cars, camping, bicycling, and was an avid walker. He often walked up to five miles a day around his neighborhood where he would visit with his neighbors. In the 1992, he once rode 162 miles, all the way across the entire state of Indiana in one day (12 hours and 55 minutes to be exact).

Bob was an active member of his church, Trinity United Methodist Church in Blythewood, South Carolina. In recent years, Bob enjoyed volunteering with the American Cancer Society and serving the community with the Blythewood Lions Club. Always led to service, Bob was even found to help others at his assisted living facility. Bob found immense pleasure in lifting up others.

Above all else, Bob adored his family. Bob married the love of his life, Elaine Garbe, in April 1982 after meeting at church in Marshalltown, Iowa. They set down roots in Springboro, Ohio for 20 years, where they were active with their church, Springboro First United Methodist. Together, they had one daughter, Carrie (Garbe) McGinnis, currently of Lexington SC. During conversation, Bob was often quiet at first, but if you could get him to talk about his daughter or grandson, you could see his pride and joy burst from his face. Affectionately known as “Bob Bob”, he found great pleasure in spending time with his grandson, especially while they played with toys on the floor or while outside together.

Bob was preceded in death by his wife, Elaine; and his parents, Kermit and Helen. He is survived by his daughter, Carrie and son-in-law, Steve McGinnis; his one grandson, Brayden; and his siblings, William Garbe, Betty (Chip) Drake, and Brenda (Mike) Greaves, all of Iowa.

Services will be held on Thursday, June 23rd at Thompson Funeral Home, 4720 Augusta Rd, Lexington. Visitation will be at 10 am, followed by service at 11 am. A graveside service will immediately follow. In lieu of flowers, donations can be made in his memory to the Winnsboro Lions Club, Attn: Treasurer Cathy Barfield, 181 Morningside Drive, Winnsboro SC, 29180.