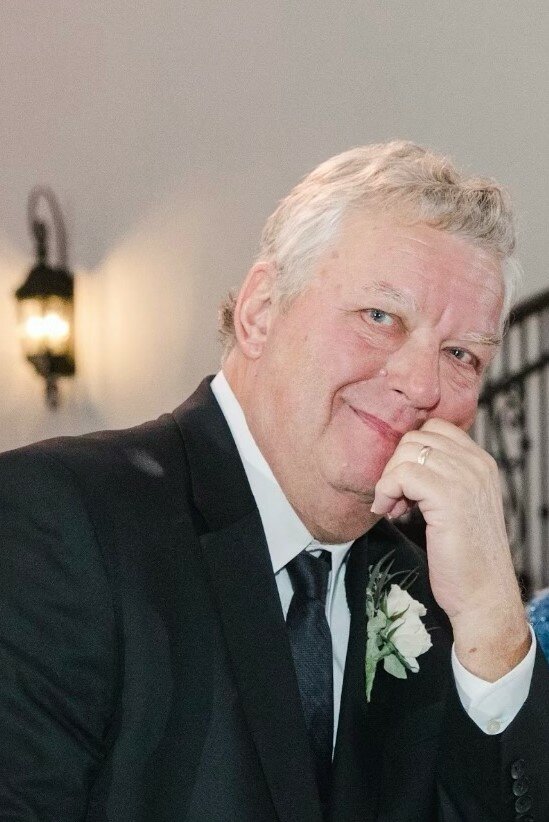 Mr. Charles Edward (Chuck) Martin, 66, of West Columbia, passed away peacefully on June 4, 2022, surrounded by his loving family and friends following injuries sustained in a single-rider bicycle accident on May 31, 2022. He was preceded in death by his parents, Donald Clark and Mary Sonya Warthen Martin.

Chuck began his automotive career with Vetch Hatfield Chrysler-Dodge-Jeep in Mt. Vernon, Ohio, where he was born and raised. He worked at Addy Dodge of Lexington when he moved to S.C. in the early 1980’s.  Following his employment with Addy Dodge, he worked as a Snap-On Tool dealer, ultimately refocusing his career to the area of industrial air compression. Over a span of 30 years, he worked with Edmac Compressor Company, MG Industries, I&M Industrials and Atlas Copco where he was planning to work until he retired.

Chuck was a member of Trinity UMC in W. Columbia where he was a member of the Visions SS class, served as President of the Men’s Club, trustee and church treasurer. He was a devoted husband and father and an enthusiastic supporter of his sons. He actively participated in their activities as an assistant coach of their baseball teams and as crew chief for their All-American Soap Box Derby racing team sponsored by Outdoor Wood Furniture. He volunteered his time and talent to help the B-C High School Band at football games and state-wide marching competitions and later enjoyed many hours of watching the USC band rehearse their halftime shows from the crosswalk above their practice field and seeing them perform at Williams-Brice Stadium. He supported Lynn as she fulfilled a bucket list goal of performing with the Columbia Community Concert Band by driving the church’s bus filled with friends to all their concerts in the Midlands.

After a 20-year hiatus from the sport of cycling, he’d spent the past few years getting back in shape so he could indulge his passion for the roads, trails, and companionship of fellow cyclists. He was an accomplished cyclist, having climbed Mt. Mitchell three times and making numerous yearly round trips to Charleston, S.C., as a member of the Carolina Cyclers. He also enjoyed woodworking in his workshop, making furniture from baby cradles to pencil post beds, bookcases to coffee tables and so much more.

To send flowers to the family or plant a tree in memory of Charles Martin, please visit Tribute Store
Friday
10
June

Share Your Memory of
Charles
Upload Your Memory View All Memories
Be the first to upload a memory!
Share A Memory
Send Flowers
Plant a Tree