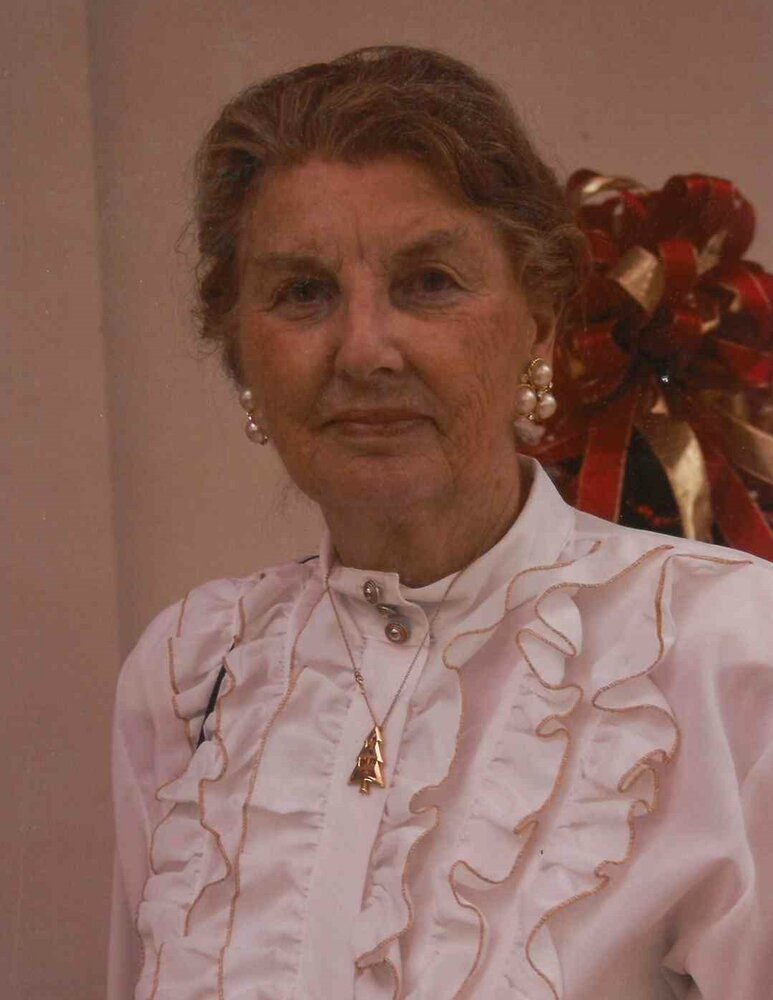 She was an only child and married an only child, Baxter H. (Hank) McLaurin. That loving and devoted union lasted 51 years. Kate always wanted her obituary to be more about Hank than herself.

She travelled around the world as a very supportive military wife while her hero soldier served in the USMC, USN, USAF, and Army for 33 years. Her husband, Hank, defended God, Country, and Family as a True American Patriot.

After traveling the world as a military wife for 33 years, she and her husband Hank owned and operated The McLaurin Country Store for several years. Kate then decided to work as an Arts and Crafts Director for several cruise lines, giving Hank his turn to be the supportive assistant to the Crafts Director. Hank loved his job and his boss immensely! They worked, danced, and dined on over 40 cruises together. After Hank passed, Kate continued on many more exciting adventures.

“I have always been drawn by windblown clouds into dreams of a lifetime of wandering!”

Between cruises, Kate thoroughly enjoyed exercising while working in her yard and also working as a Real Estate Broker for many decades. Kate was also a lover of ballroom dance and appointed as Dance Ambassador in “Dancing with the SC Stars” (“Thank you Johnny!”).

She loved her grandchildren and great grandchildren more than anything else and would have a sweet smile, just like her sweet mother, whenever she’d see them.

“I’ve had a wonderful life, because I married my one and only Hank and have 2 sons, Mark and Matthew.”

God allowed “Kruising Kate” to honor her “Hero Hank’s” devotion to God, Country, and Family by taking her on a Memorial Day Cruise to Heaven where she is reunited to dance and dine with her “Hammering Hank" for eternity.

She is survived by her two sons, Mark G. McLaurin, his daughter Palmer and her children Kaiden, Teigan, Olive, Wyatt, Ocean and Yuri; Matthew S. McLaurin (Karen), his children Cole and Julia Strausburger (Hunter), her children Ellis and Avett and godson Warren Fischer (Deborah), and his daughter Christa (Trevor).

Share Your Memory of
Joan
Upload Your Memory View All Memories
Be the first to upload a memory!
Share A Memory