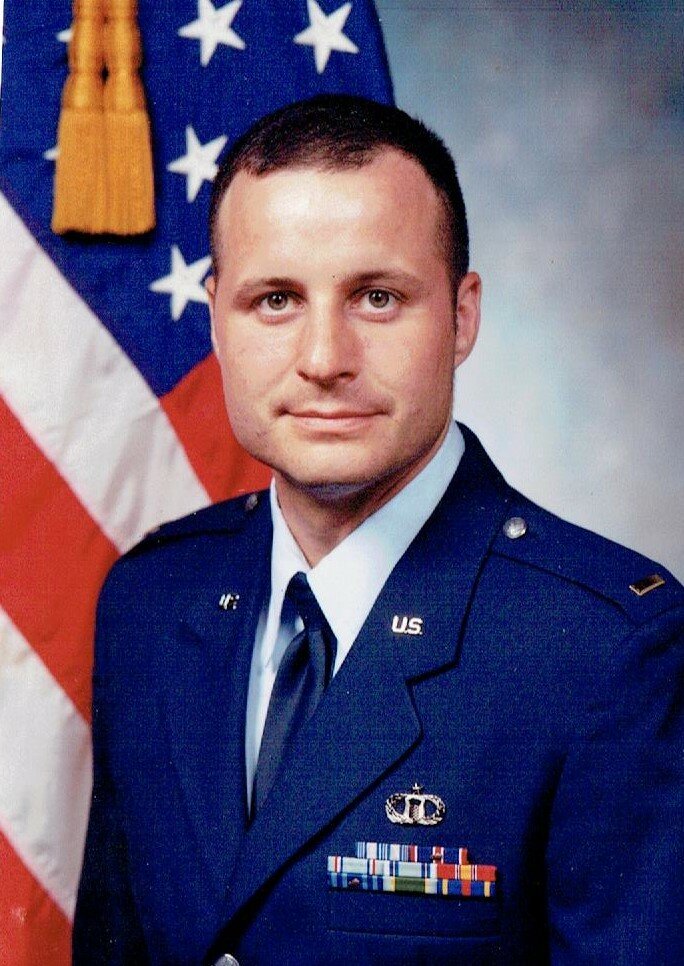 Major John Keith Bennett, USAF, retired, 54, passed away on May 24, 2022 following a courageous battle with ALS.

John was born on July 28, 1967 in Burlington, New Jersey to James and Linda Bennett.  Since his dad was in the military, John grew up in many different places, even spending a few years in Japan. John felt the calling of the military himself and enlisted in the Air Force in 1992 as an air traffic controller. Through hard work and determination, he earned an officer's commission, serving the last half of his career as an Airfield Operations Manager. While serving, John met the love of his life, Rebecca, and they were married on December 12, 2012.

John retired in 2014 as a Major after honorably serving his country for 22 years.  He was awarded many medals, including the Air Force Meritorious Service Medal. He strongly believed in serving his country, as well as his family, keeping them safe while also supporting them.  During his military career, he traveled throughout the United States and the world, including assignments in England and Greenland, and temporary duty in Qatar and Afghanistan among other countries.

To all who knew him, John was an honorable man and was liked by everyone. He had a special way of engaging you and drawing you in. John had the highest of expectations, both for himself and others. He lived by the values of honesty, commitment to work, and love of country and family and he instilled those values in others.  John was truly the original officer and gentleman.

John was such an excellent storyteller, and could entertain you for hours with both his stories and observations on life and people. He was so musically talented, and could build and fix just about anything.  We will miss this incredibly smart, driven and wise man, taken from us far too early.

John was preceded in death by his mother, Linda Bennett. John is survived by his wife, Rebecca; step-daughter, Haylea Dwiggins; grand-daughter, Brylie and 2 children, Shelby and Tanner Bennett.

He will be laid to rest with full military honors in Virginia at Arlington National Cemetery at a later date.

To send flowers to the family or plant a tree in memory of John Bennett, please visit Tribute Store
Wednesday
1
June

Share Your Memory of
John
Upload Your Memory View All Memories
Be the first to upload a memory!
Share A Memory
Send Flowers
Plant a Tree