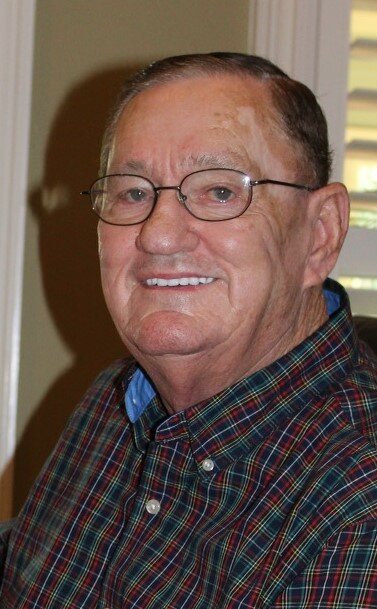 William Eugene Sprayberry was born to the late Alonzo Herman Sprayberry and Ercell Carmen Sprayberry, a farmer and a homemaker, in Newnan, Georgia on September 6, 1935. He joined the U.S. Navy right out of high school at the age of 17. He spent 23 years serving his country.

“Gene” was blessed with a large loving southern family. He married Belen Disonglo while overseas and stationed at Subic Bay Naval Air Station, Manila Philippines. They were married for 60 years until her passing in 2018. Gene helped raise his two children while experiencing the travels of military life from Washington State to California, Florida and finally retiring in South Carolina. He served in the Vietnam War aboard the USS Ticonderoga Aircraft Carrier and was commendated for saving the lives of several Air men and their planes as an Aircraft Marshall. He also served on the USS Bonhomme Richard and USS Constellation.

Gene was born with golf in his blood. After retiring from the Navy, he followed his heart into the golf industry. He became a PGA Golf Professional that involved teaching the game, overseeing and managing tee to greens to fairways, conducting golf clinics and tournaments and playing many rounds of golf in his day. After 20+ years of club management alongside his beloved wife, he turned his talents to club making.

Gene’s kind heart and sweet smile will be dearly missed by his loved ones. He is survived by his son Joey Sprayberry (Jeannie); his daughter Cat Thornton (Brian); his grandchildren Whitney Sprayberry, Cole Thornton, Tina Thornton, and Nash Thornton; his great grandchildren Parker Mata and Banks Fornell; and many nieces and nephews. He is preceded in death by his brothers, Billy, Bordene, Doris & Julian Sprayberry; his sister Hilda Sprayberry; his parents; and his wife.

To send flowers to the family or plant a tree in memory of William Sprayberry, please visit Tribute Store
Friday
27
May

Share Your Memory of
William
Upload Your Memory View All Memories
Be the first to upload a memory!
Share A Memory
Send Flowers
Plant a Tree