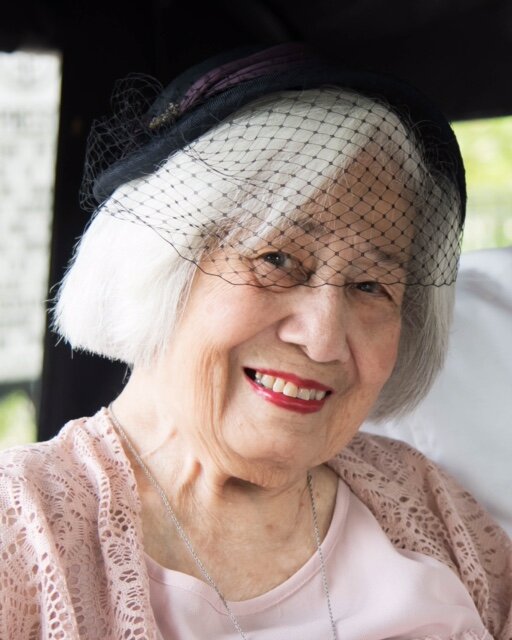 “Charlotte was born to Edward and Ramona Knight on July 17, 1919 in Charleston, SC. Part of a military family, she moved around and saw many places while growing up.
As she grew into a beautiful woman, Charlotte was flirty with the boys and turned quite a few heads. Then a charming, blond haired, blue-eyed young man named David Mathis entered her world. His nickname for her was Trixie because of her fun, flirtatious personality. He swept her off her feet and on Christmas Day, 1939, they were married.
Charlotte was head over heels in love with David and would later tell me she never remarried because she could never love another man like she loved him. They went on to have 8 children - Terry, Larry, Theresa Mike, Kathy, Kristy, Sylvia and Angela.
With their family complete, David and Charlotte settled down to raise their family. Little did they know, their life was about to take a tragic turn. When little Angela was just 4 years old, David was diagnosed with cancer and passed away at the age of 55.
Charlotte was stricken with grief and sadness over the loss of her beloved husband, but despite this, life continued on and she still had many of her children at home to care for.
Many people ask my grandma what her secret to her longevity is. She says, "Be good and have fun!" Ultimately, the answer is that God determined her number of years for a special purpose before one of them came to be. I also think one of the reasons she has remained so healthy and energetic is because she has poured her life out to care for her children and grandchildren.
The legacy that she leaves to her children, 24 grandchildren, 34 great grandchildren, 2 great, great grandchildren and the ones to come is a special one. She built a home that was safe for her family to be themselves and to share life together. She would tell you that there is nothing golden about being 100 for her tired out body, but for those of us who have been held, fed, disciplined and encouraged by her worn hands, her life shines as a testimony to everything she has given us.” ~ Excerpt from a blog written by Charlotte’s granddaughter, Rebekah, on her 100th birthday.

For those unable to attend, the service will be streamed live via the following link: https://client.tribucast.com/tcid/3686585794

Share Your Memory of
Charlotte
Upload Your Memory View All Memories
Be the first to upload a memory!
Share A Memory