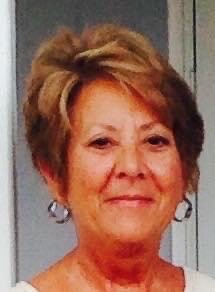 On Saturday, May 7th our beloved Mother, Nana, Sister, Aunt, Love, Loyal Friend, and Caregiver Janet Johnson Caulk was called home. Born in Columbia, SC, Janet was the youngest daughter of Ronald “Bill” and Betty Johnson of West Columbia. After retiring from her work with the State, Janet helped run a cattle ranch in Wagener, SC.  She had the biggest heart for animals, children and anyone with a need.   Janet loved her children and grandchildren, was fiercely protective and would drop everything and take care of those who needed her most. She gave of herself unselfishly from caring for her husband, Robert Glen Caulk, to her mother-in-law, Mary Langford and countless others. Janet worked harder than anyone we know and was constantly busy and doing something to make those around her feel special and loved at all times. She could coddle the fussiest of babes and the next moment take down the scariest of snakes in her yard at the lake house. She enjoyed the outdoors, animals, the beach and fishing. She was beautiful. She was loving. She was devoted. She was fearless. She was broken. After the loss of her youngest son, Joseph Todd Caulk, Janet never seemed to fully recover, yet she continued to care for everyone else. Her heart and spirit would never be the same. She will be sorely missed but we are so grateful for the love and fond memories.

Visitation for Janet Johnson Caulk, 68, of Wagener, will be held at 10:00 a.m. on Saturday, May 14, 2022 at Thompson Funeral Home. Funeral Services will be held at 12 Noon at the funeral home.  Pastor Jud Hook will officiate. Burial will follow in Southland Memorial Gardens. In Lieu of flowers, memorials may be made to Red Bank Elementary School, Special Needs Program, 246 Community Drive, Lexington, SC 29073.

Get Directions
Saturday
14
May

Get Directions
Saturday
14
May

Share Your Memory of
Janet
Upload Your Memory View All Memories
Be the first to upload a memory!
Share A Memory