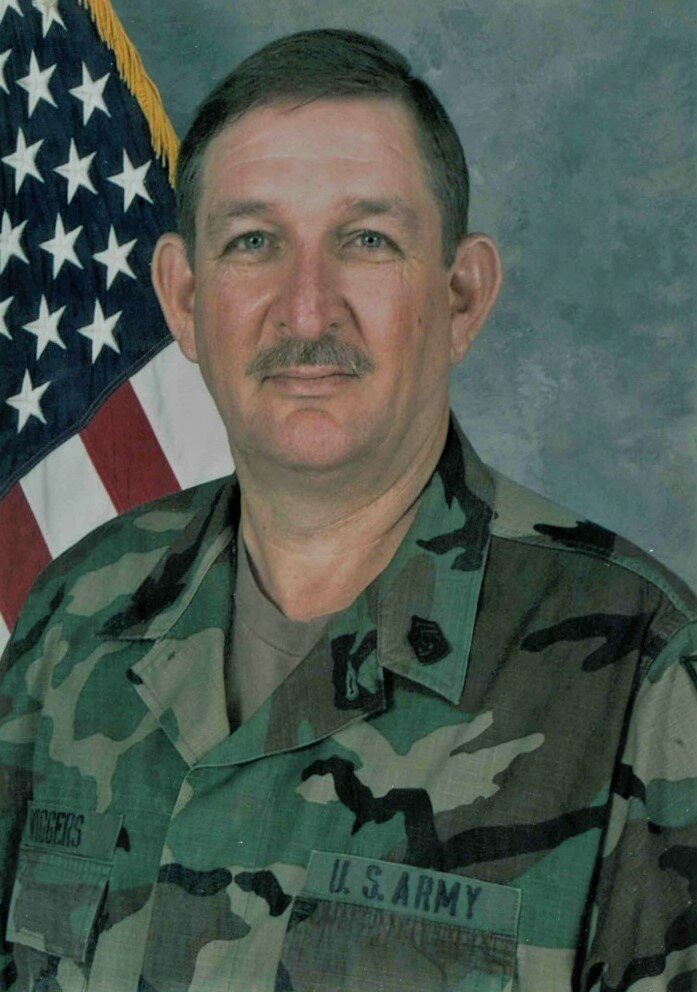 Randy was born to Sam and Marzell (Richardson) Wiggers in Newberry, SC. After moving to Columbia, SC, he attended Dreher High School. After high school he enlisted in the South Carolina National Guard where he spent 40 years (1966-2006), and achieved the rank of Command Sergeant Major. On February 25, 2006 he was inducted into the South Carolina Enlisted Hall of Fame.

He was very involved in his community.  He conducted the National Guard Fishing tournament for 25 years, coached little league and colt league baseball, was the commissioner of East Columbia Dixie Youth Baseball for ten years (1980-1990), spent time as the Lower Richland High School booster club president, and served on the church committee at St Luke's Lutheran Church in Olympia.

Instead of flowers, Randy would like donations made to St. Luke Lutheran Church in Olympia or to the Humane Society.

Share Your Memory of
CSM (RET) James
Upload Your Memory View All Memories
Be the first to upload a memory!
Share A Memory