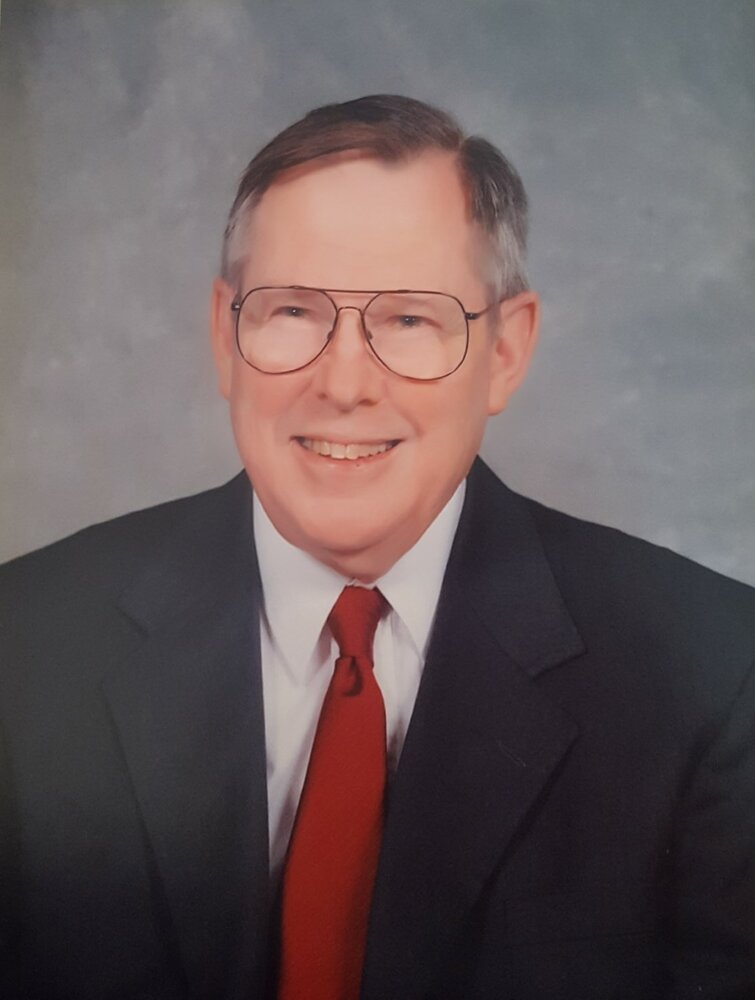 Lexington, S.C.  – Dr. Charles Neal Still, 92, of Lexington went to his heavenly reward on Thursday, March 24, 2022. Born April 15, 1929 in Richmond, V.A., he was the son of the late Ruth N. Kemp Still and Charlie Wright Still. He grew up near Kirksey, S.C. and attended Greenwood High School. In 1949, Dr. Still graduated from Clemson University and was recognized as a Distinguished Military Graduate at age 20 with a Bachelor of Science in chemistry. To further his depth of knowledge in the subject, Dr. Still earned a Master of Science in biochemistry from Purdue University in 1951. He returned to Clemson and taught general chemistry from 1951-52. He was a loyal Tigers fan who supported Clemson throughout his lifetime.

Service to his country was an early focus for Dr. Still, which continued until retirement. He had already completed all the ROTC training and could not be commissioned until age 21. He was active in the reserve at Clemson, and was promoted as 1st Lieutenant.  In July 1952, he entered the U.S. Army Quartermaster School in Ft. Lee, VA. Beginning in 1953, Dr. Still taught nutrition at the U.S. Army food service center at Ft. Lee. He then was appointed as an instructor in chemistry at the U.S. Military Academy at West Point from June 1953-September 1955. He served in the U.S. Army reserve from 1951-1965, originally in Quartermaster Corps, then was transferred to the medical service corps and rose to the rank of Captain in 1957. In summer 1957, he was a Battalion Commander in the training program at Ft. Sam Houston, TX.

After teaching chemistry at Clemson and the U.S. Military Academy at West Point, he felt another calling. He returned to S.C. in September 1955, and just 6 days after leaving the Army, he entered medical school to pursue his dream of becoming a physician. In 1959, he received a Doctor of Medicine degree from the Medical University of South Carolina. While attending medical school in Charleston, he met the love of his life, Dorothy Lee Varn, who was completing her degree as a registered nurse. They were married at First Presbyterian Church of Columbia in 1958. After medical school, he completed a rotating internship at the University of Chicago Clinics from 1959 to 1960. He was awarded a fellowship in neurology at the Johns Hopkins University School of Medicine in 1962, completing his residency in neurology at the Johns Hopkins-Baltimore City Hospital one year later. He held a National Institutes of Health Special Research fellowship in Neuro-pathology at the McLean Hospital Research Laboratory in Belmont, Massachusetts in association with Harvard University from 1963 to 1965.

He returned home to serve the state of South Carolina as the first full-time neurologist in the Department of Mental Health and developed the neurology curriculum for the William S. Hall Psychiatric Institute in Columbia. He began work at the Hall Institute as chief of neurology in 1965 and served there until 1981. He became director of the C.M. Tucker Human Resources Center from 1981 to 1988. After that, he returned to the Hall Institute as associate director of general psychiatry and neurology from 1989 to 1992. Following a brief retirement from employment with the state of South Carolina, he returned to the medical field, becoming a staff neurologist at the Dorn V.A. Medical Center from 1992 until 2004. Concurrently, Dr. Still served as a professor of neuropsychiatry and behavioral science at the University of South Carolina - School of Medicine Columbia from 1974-2004, reaching emeritus status. He was honored to receive the Alpha Omega Alpha teaching Award in 2000, chosen by the medical students of the Class of 2000.

Devoted to his community, he served in the following capacities: S.C. Governor’s Advisory Council for Alzheimer’s Disease and Related Disorders Resource Coordination Center, 1995-1999; Alzheimer’s Association as president of the Mid-State chapter, 1991-1992; S.C. Dept. of Mental Health as chairman of the Grants Review Board, 1973-1978; Alzheimer’s Disease Registry as a medical director, 1989-1992; Alzheimer’s Association as an executive board member, 1985-1993. Dr. Still was active in his field as an author and an editor, having served on several editorial boards and contributed to numerous articles and professional journals. He served for 12 years as Editor Emeritus of “The Recorder,” the Columbia Medical Society journal.

Dr. Still was known for his sharp mind, even as a nonagenarian, and his memory was remarkably detailed and prodigious. He was an avid reader and a lifelong learner, encouraging others to continue their studies and make the most of their educational opportunities. He traveled extensively in the U.S. and abroad for medical training and professional conferences.

Having made a profession of Christian faith in his youth, Dr. Still was sustained by the Lord and approached his life’s work as an offering. Dr. Still was a member of First Baptist Church in Columbia where he was a member of the Joy of Living Sunday School.  He was a past deacon, ordained during the tenure of Rev. Ed Young, and he previously taught the Koinonia Sunday School class from 1988-2011. The name Koinonia (Greek for “fellowship”) is taken from Acts 2:42. After retirement from practicing medicine for more than 40 years, he enrolled in seminary studies.

The experience of teaching Sunday School led Dr. Still to pursue studies at the Lutheran Southern Theological Seminary in 2004. While first intending to learn biblical Greek, he went on to earn a Master of Arts in Religion in 2007 and a Master of Sacred Theology in 2012. He was honored at graduation with the Theology Scholars Award. Dr. Still considered his time at the seminary as a highlight in his career because he was taught about new concepts of theology. He enjoyed listening to classical music, particularly compositions for the organ by J. S. Bach.

He was predeceased by his beloved wife, Dorothy V. Still, and their sons, Charles N. “Neal” Still, Jr. and Charles H. “Bert” Still.

The family expresses their appreciation for acts of kindness that caregivers provided during his extended stay at The Columbia Presbyterian Community.

In lieu of flowers, memorials may be made to the Cystic Fibrosis Foundation www.cff.org or First Baptist Church, Columbia fbccola.com.

Share Your Memory of
Charles
Upload Your Memory View All Memories
Be the first to upload a memory!
Share A Memory