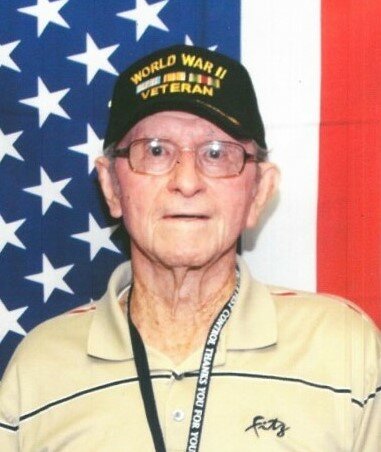 WEST COLUMBIA—Marion Franklin Hughes, Sr., 100, of West Columbia, passed away peacefully at The Pines at Columbia Assisted Living Community on Wednesday, March 9, 2022. He was born in Columbia on June 23, 1921, to the late Lee Hughes and Martha Adele Lucas Hughes.

Frank was an Army radio communications sergeant in World War II, serving in North Africa and Italy. One of the greatest pleasures of his life was attending the Honor Flight in 2010. He told stories to family and friends that were just as vivid as the days he lived through them.

In addition to his parents, he was preceded in death by his loving wife Clara Hughes; brothers, Earl, Tom, Herman, and Ray; and a sister, Louise Dobson.

The family would like to thank the staff of The Pines at Columbia Assisted Living Community, and the staff of Lutheran Hospice. They appreciate the kindness and care he received, especially in his later years.

A graveside service will be held at 11:00 A.M. on Friday, March 11, 2022, at Greenlawn Memorial Park Cemetery with the Rev. David Ford officiating. The family will receive friends immediately following the funeral service.

Thompson Funeral Home of Lexington is assisting the family with arrangements.

Share Your Memory of
Marion
Upload Your Memory View All Memories
Be the first to upload a memory!
Share A Memory
Plant a Tree