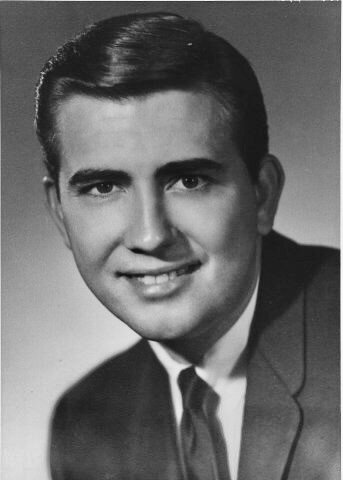 David Marshall Ruddle went home to be with our Lord on Saturday, February 12, 2022. He was born on March 25, 1940, to the late Otis Marshall Ruddle and Erma Henderson Ruddle. David was preceded to glory by two siblings, Lee Roy Ruddle and Laura Elaine Ruddle Bridges.

During his career as a radio broadcaster and concert promoter in Birmingham, Alabama, “Dave Rockin’ Roddy” was known to have a keen ear for picking hit records and future famous artists. He helped propel many groups to success and was the first to break out Bobbie Gentry’s “Ode to Billy Joe” and “Spooky” by the Classics Four. He also jumpstarted the Beach Music chart-topper, “Double Shot of my Baby’s Love” by The Swingin’ Medallions.

David owned The Ruddle Agency where he was best known as “The Voice of Rush’s” for more than 40 years. He won numerous advertising and broadcasting awards including several Addy awards.

David was a former member of The Sandlapper Singers and past President of The Palmetto Mastersingers. He was an active member of Union United Methodist Church Chancel Choir and beloved Joy Class. He used his gift of voice as emcee for the church’s Sharing God’s Love fundraisers and he narrated Union’s annual Living Christmas Story.

David was a loving father, grandfather, brother, and friend. His absence will be painful to all whom he loved and who loved him.

A Celebration of Life and Resurrection will be held on Saturday, February 19, 2022, at 2:30 pm at Union United Methodist Church, 7582 Woodrow Street, Irmo, SC 29063. A reception, hosted by The Joy Class, will be held at the church immediately following. For those unable to attend, go to the UnionLIVE YouTube channel for the livestream.

Share Your Memory of
David
Upload Your Memory View All Memories
Be the first to upload a memory!
Share A Memory
Plant a Tree