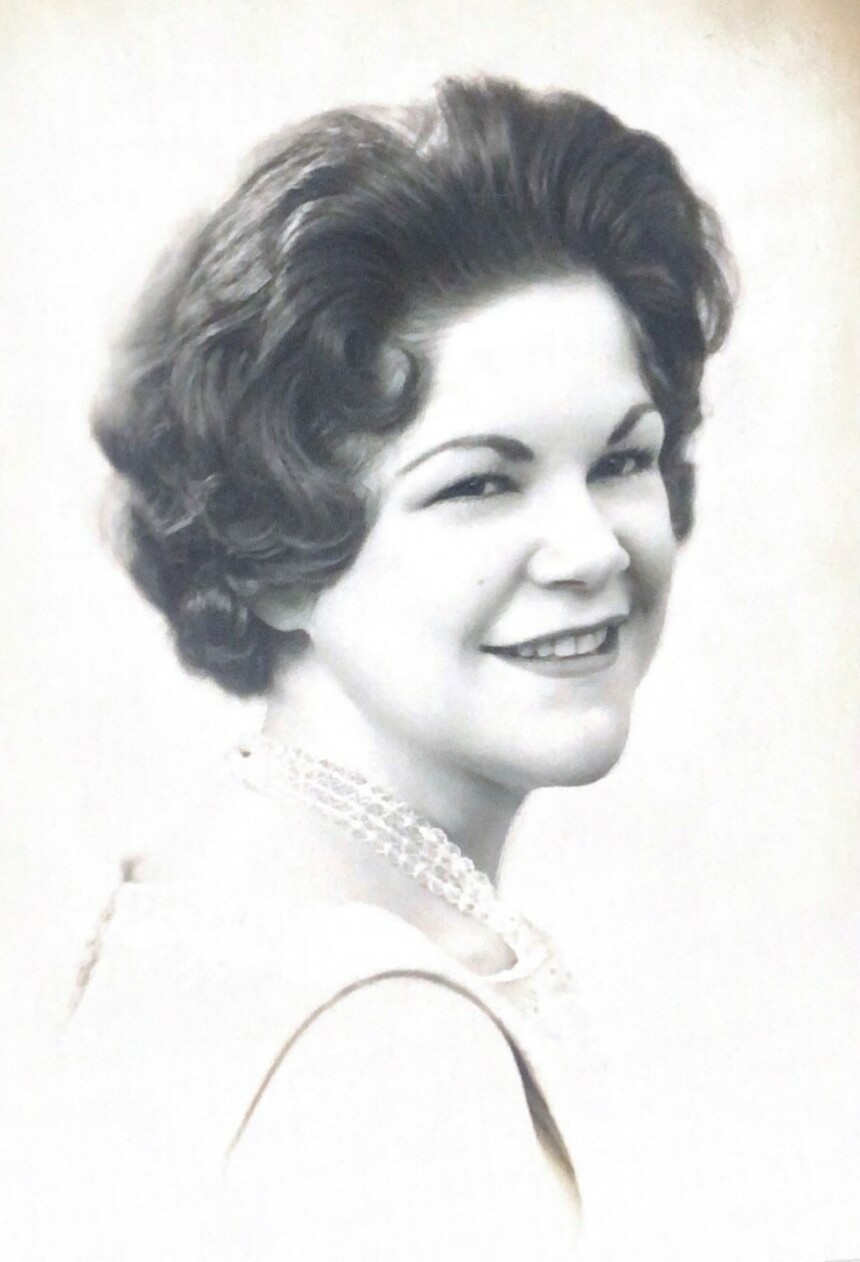 Born Aug. 23, 1935, in New Orleans, Louisiana, to the late Numa Glaudot and the late Mercedes Truxillo Glaudot, Abby Glaudot attended high school at John McDonogh High School on Esplanade and was graduated in 1958 from The Louisiana State University with a B.A. in Education. She subsequently served as a teacher at the Bishop Noland Episcopal Day School in Lake Charles, Louisiana, and with the United States Department of Defense Dependent Schools in Newfoundland, Libya, and France.

While teaching in Nancy, France, she met USAF Major Kenneth V. Poulton. The two were married on April 18, 1963, at Grace Episcopal Church in New Orleans. Lt. Col. Poulton’s career took the couple to France, Pasadena, California, and to the Pentagon in Washington, DC, before moving to his hometown of Woodsfield, Ohio, in 1970.

In 1986, the couple retired to Aiken, SC, where Mrs. Poulton was a member of St. John's United Methodist Church and sang in the choir. She was a loving wife, mother and grandmother who enjoyed spending time with her family. An inveterate letter writer, Mrs. Poulton also enjoyed water aerobics, playing bridge, cheering on her LSU Tigers, and caring for her beloved pets. In 2013, she moved to the Presbyterian Community of South Carolina in Lexington, SC.

Funeral services will be held at St. John’s Episcopal Church, Columbia, SC on Saturday, February 19, 2022, at 1:00 pm, with a reception immediately following in the parish hall. A burial at Arlington National Cemetery will take place at a later date.