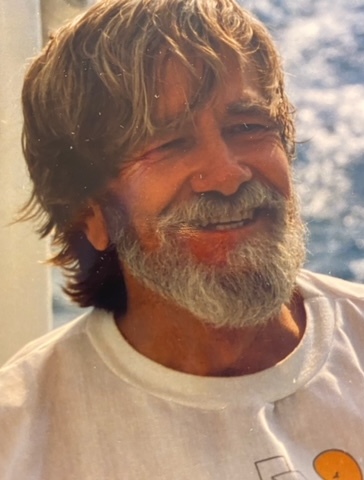 Many residents of Columbia may remember him as the man who built an enormous sailboat in his backyard - and then had a very interesting time getting her moved from Columbia to Charleston. Others will remember his living room piano recitals, sometimes accompanied by his friend Molly Jones on an electronic keyboard. These featured such pieces as Mussorgsky's "Pictures at an Exhibition" and Beethoven's "Hammerklavier" sonata as well as some other pieces not for the fainthearted. In fact, Thomas R. Scott was a great many more things; his wide variety of interests and activities often got him introduced as "The Last Renaissance Man" when he spoke in public. In his professional career, he published extensively in both neuroscience research and mathematics and taught both Psychology and Statistics, sometimes at the postgraduate level and later as a math teacher at Cardinal Newman High School.

He volunteered generously, serving unpaid as organist and choirmaster at Saint Timothy's Episcopal Church and Chapel of the Cross. At each church he also served as an assistant scoutmaster of troop 300, and scoutmaster of troop 405. In both troops he insisted on all weather camping, and he led several fifty mile hikes on the Appalachian Trail . He preferred that the boys call him by nicknames, rather than formally as Dr.Scott. Troop 300 knew him as "Doc" and troop 405 called him first "T. R.," but later that became "Teddy" when one of the boys thought surely he had been named for President Roosevelt.. Besides scouting, he was generous in offering friendship to a number of people, a Korean couple whom he sponsored for immigration, a Swedish boy he met while touring on his motorcycle, and numerous patients from the VA hospital where he was Chief Psychologist. He also volunteered for several social service organizations and contributed generously to the Unitarian Universalist Fellowship in Columbia.

He was born in Houston, Texas, the second son of Floyd Logan Scott and Annie Batt Scott. The family moved from Houston to Galveston Bay, where he joined the Sea Scouts and learned to sail. He taught himself navigation, and crewed once as navigator in the St. Petersburg to Havana race.

He attended the Kincaid School, and upon graduation he was admitted to the Juilliard School of Music, where he studied piano, french horn, and conducting.. The musical education was halted by being inducted into the Army, where he was promptly put in the band, rising to the rank of staff sergeant / instructor, and teaching band directors at Fort Knox. Although he briefly returned to Julliard after his service, his interests had broadened, and using his GI benefits he transferred to the University of Houston, earning both his Bachelors and Masters degrees, and also meeting his wife, Ruth. He then was accepted into the doctoral program at the University of Nebraska, Lincoln.. His music had become a strictly amateur endeavor. Following an internship in Knoxville, Iowa, he accepted a research position at the State Hospital in Columbia, later transferring to the V. A. Hospital.

Upon retirement from the V. A., he completed his sailboat and lived aboard at John's Island for eleven years, during which time he supplemented his income working for the Department of Corrections at Charleston. He sailed once to Bermuda and several times to the Bahamas during that period. Finally, he felt his age and sold the boat, returning to Columbia and his music. Sadly, his last years were marred by severe dementia, and he spent his final days in an Alzheimer care facility. He is survived by three children, Steave, Jim, and Peg, their spouses Carolyn, Katherine, and Bob; one grandson, Geoff; and one nephew, Mike. He will particularly be mourned by his "honorary children," Susan Wilson Forsythe and Eric denBore., as well as many others. While we join them in grief at his passing, we should also celebrate his long life, filled with accomplishments, and remember the old Chinese saying: "At that age, it's not a funeral; it's a wedding."

Share Your Memory of
Thomas
Upload Your Memory View All Memories
Be the first to upload a memory!
Share A Memory