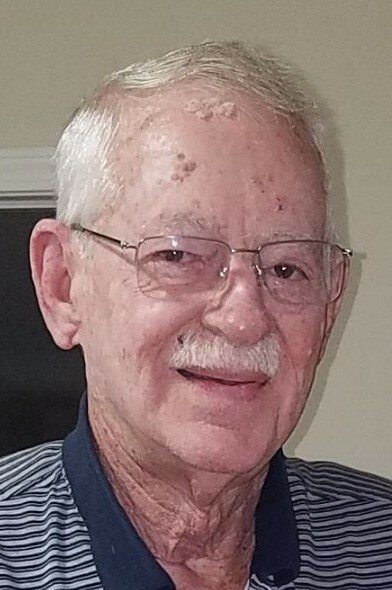 Thomas H. “Tom” Varnadore left this earthly world, peacefully surrounded by his family. Tom was a very strong man and had overcome several major health issues in the past.  e is now pain-free in the arms of the Lord.

Tom was born and raised in Fort Mill, SC. He joined the United States Air Force, serving from 1957-1961. He married Carolyn Venters Varnadore and had two children who were his pride and joy. Tom worked for and retired from the Federal Reserve after 40 years of employment. He was a very kind and compassionate man who would always help anyone he could. Tom and Carolyn had a very special friendship that always remained very genuine and caring. They were both very devoted and involved in their children's and grandchildren's lives.

He enjoyed riding motorcycles, hunting, and fishing. He also liked "tinkering", fixing, and rebuilding things with his grandson, Hunter. What he loved the most was spending time with his family.

Tom will be greatly missed by many.

He is survived by his brother, Harry Varnadore of Oak City, NC; his son, Scott Varnadore (Jacque) of Beaufort, SC; his daughter, Kathleen Varnadore Drawdy (Larry) of West Columbia, SC; his grandsons, Jeremiah Walker, Shane Walker and Hunter Thomas Drawdy; two great-grandchildren; many nieces and nephews; as well as his canine companions, Benji and Daisy.

The family would like to thank all of the doctors and medical staff at Lexington Medical Center, along with Amedisys Hospice, for their dedication and compassion.

A memorial service will be held at a later date.

A Memorial Tree was planted for Thomas H. "Tom"
We are deeply sorry for your loss ~ the staff at Thompson Funeral Home Lexington
Join in honoring their life - plant a memorial tree

Share Your Memory of
Thomas H. "Tom"
Upload Your Memory View All Memories
Be the first to upload a memory!
Share A Memory
Plant a Tree