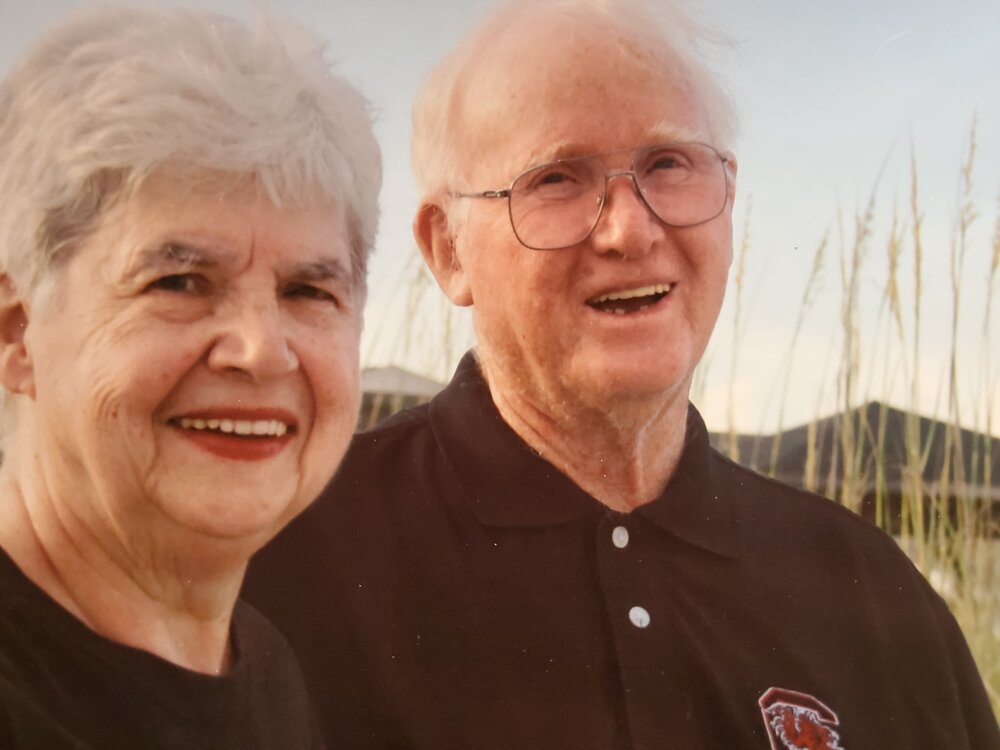 William W. “Bill” Dodd, Jr., also known affectionately as “Red,” passed away at home on January 6, 2022. He was born to Vennie and William W. Dodd Sr. on October 30, 1931, in Columbia, SC. Bill is preceded in death by his parents and his sisters, Lois Keefe and Lucille Fetner.

William “Bill” Dodd lived a full life, loyal and dedicated to his family, country, and God. He graduated from University High School, then proceeded to earn an Associates Degree from Draughons Business School. After honorably serving his country during the Korean War as a United States Marine, he then worked as an administrator for IBM for 35 years, from which he retired. Following his service, Bill was also a proud member of the American Legion Post 79. He was a long-time member of Southside Baptist Church where he served as a Deacon, Treasurer, sang in the choir, and coached sports teams for the church. Most recently, he was also member of Trinity Baptist Church. Bill was a sports enthusiast and a faithful fan of both the South Carolina Gamecocks and the Atlanta Braves. His love for the game of golf was important to him as well. He belonged to several senior golf groups, in addition to being a member of Mid Carolina Country Club for many years. William “Bill” Dodd Jr. will be deeply missed by his family, friends, and the many members of the community that knew him.

A funeral service will be held for William “Bill” Dodd Jr. at Thompson Funeral Home of Lexington, 4720 Augusta Rd. Lexington, SC, on Tuesday January 11, 2022 at 2:00pm. His burial will follow the service at Greenlawn Memorial Park, 845 Leesburg Rd, Columbia, SC. Bill’s body will also lie in repose at Thompson Funeral Home of Lexington for those that wish to pay their respects from Monday, January 10, 2022 at 2:00pm until the service the following day.

Share Your Memory of
William W. "Bill"
Upload Your Memory View All Memories
Be the first to upload a memory!
Share A Memory
Send Flowers
Plant a Tree