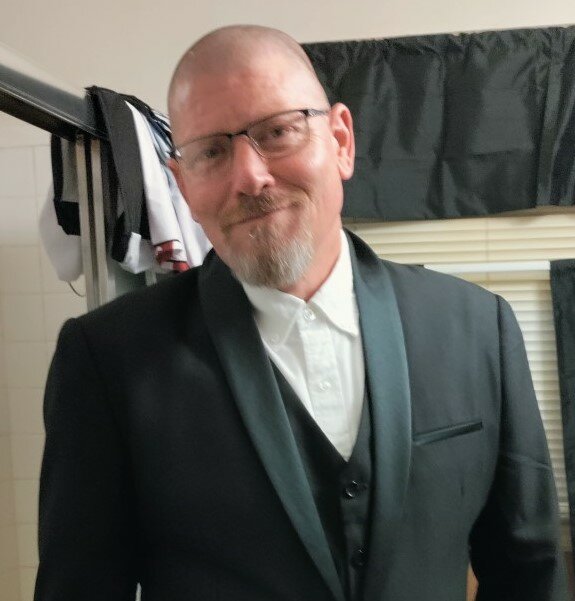 Justin John DiCarlo, 46, passed away suddenly and unexpectedly at home from a heart attack on October 23, 2021. Born in Pittsfield, MA on July 8, 1975, he was a graduate of Taconic High School. Justin moved to Aiken, SC with this 9-year old son in 2010. There, he continued his career as a CNC Machinist at B & S Machine Tool, Inc., where he had many friends and was proud of his work.

Five years ago, Justin met Cynthia Gissendanner, the woman who would become the love of his life. They were married on September 4, 2021. Justin and Cynthia had recently relocated to her family home in West Columbia, SC following their honeymoon in the Smoky Mountains.

Those who knew Justin were amazed by his special way with all animals. From cuddling a wild baby deer, to petting frogs he had called to from ashore, and caring for birds, mice and other animals, Justin’s gentle touch with animals was a wonderful part of who he was.

At the family’s request, there will be no services. In lieu of flowers, donations may be made to Hope for Cats, Inc.

To send flowers to the family or plant a tree in memory of Justin DiCarlo, please visit Tribute Store

Share Your Memory of
Justin
Upload Your Memory View All Memories
Be the first to upload a memory!
Share A Memory
Send Flowers