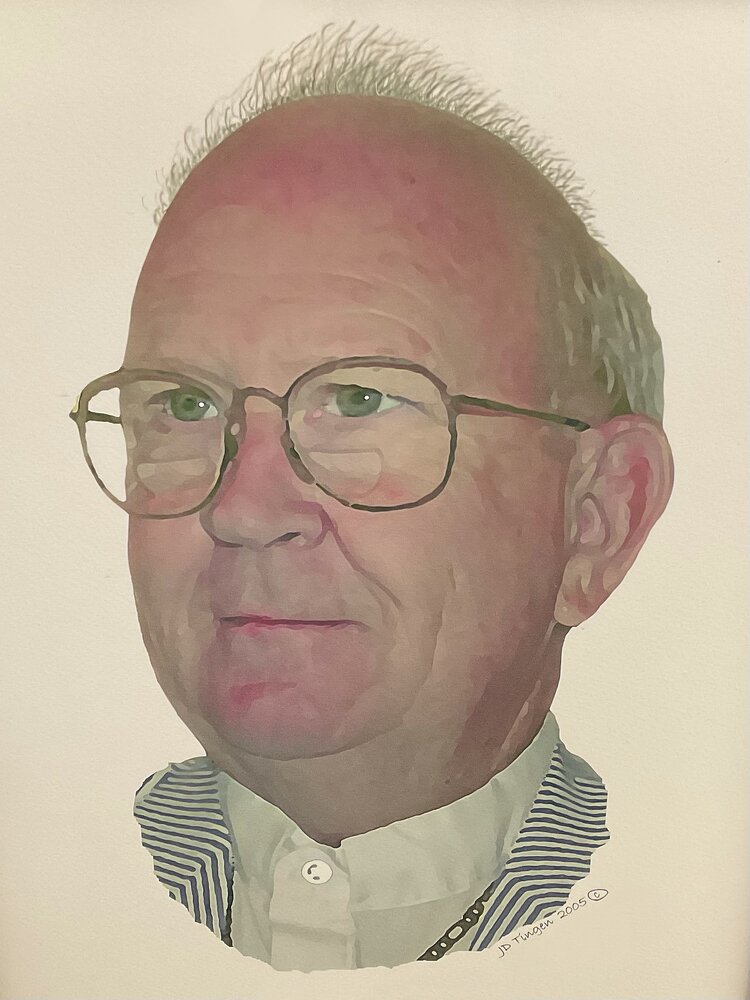 Born March 4, 1933 in Levelland, TX, he was the son of the late Fletcher Wiley and Zola Wood Ramsey. Garland had a love for learning and after high school he furthered his education at Texas A&M University where he earned his Bachelor’s Degree. After concluding his education, he enlisted in the United States Air Force where he proudly served his country for four years. One of his proudest accomplishments during his military service was a Bible Class he started in Okinawa, Japan. During his tour of duty, he had over 100 children attending the class on a regular basis. He was also a member of the American Legion.

Garland worked for several companies early in his career, but knew his love for Christ and helping people was his true passion. This led him into the ministry and the founding of His House Ministries. In 1974, with the assistance of some local businesses, Garland opened the doors to His House Ministries, a 501 ( c ) 3 nonprofit organization. For over 47 years, His House Ministries has provided jobs, free housing, food, clothing, eyeglasses, dental care and alcoholic counseling, in a Christian atmosphere, for homeless former alcoholic men in the West Columbia, Lexington and Columbia areas. Garland was proud to know that he had truly made an impact in the lives of more than 1,500 men. He was recognized for his work by Governor Nikki Haley in 2011 with the Order of the Silver Crescent. He was a minister at the His House Ministries Chapel, assisted by Reverends Roger Weaver and Don Williams.

He enjoyed several hobbies, but had two true pastimes. He loved dominoes; in fact he was known as “King Dominoes”. He would travel each year to participate in the Annual World Dominoes Championship in Andalusia, AL and was just there competing earlier this year. Garland was also very proud to learn that he is the owner of the largest Domino collection in the United States. Garland also loved working in his garden, especially growing his roses. He would cut vases of roses and deliver them to restaurant wait staff, health care staff and others in the community. Most of all he loved Christ and his family. He was all about sharing that love with all he met.

In addition to his loving wife, Charlotte, of 62 years, Garland leaves behind a sister, Shirley Maxine Williams (Jim) of Katy, TX. He also leaves behind three special care givers: Beverly Smith (his favorite), Gail Marcum and Miss Mary, as well as his entire His House Ministries family.

Graveside funeral services will be held at 12:00pm on Monday, October 4, 2021 at Fort Jackson National Cemetery, with Rev. Roger Weaver officiating. US Air Force military honors will be rendered. The family will greet friends at the Thompson Funeral Home of Lexington Chapel at 10:00am prior to the service. To view the service via TribuCast, please click here or via the following link:  https://client.tribucast.com/tcid/1725316015

The family suggests that those wishing to make memorials do so to His House Ministries.

Thompson Funeral Home of Lexington is assisting the Ramsey family.

To send flowers to the family or plant a tree in memory of Reverend Garland Ramsey, please visit Tribute Store
Monday
4
October

Share Your Memory of
Reverend Garland
Upload Your Memory View All Memories
Be the first to upload a memory!
Share A Memory
Send Flowers
Plant a Tree