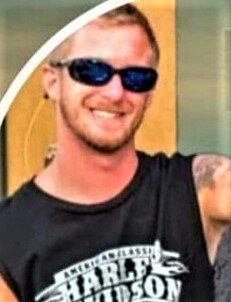 Dustin Douglas Chaney, beloved son, grandson and nephew, passed peacefully on September 25, 2021 at the age of 29. Dustin was born February 8, 1992.

Dustin was an outgoing and adventurous young man, and he lived his life to the fullest. He loved motorcycles, boats and racing, as well as his dog, Levi. He was employed by Michelin.

He is survived by his mother, Rhonda Meetze (Ricky); his grandparents, Martha Jean & Jeff Holder, and Gary & Gail Chaney; his father, Guy Chaney; and his uncle, Justin Holder. He is preceased by his grandfather, Ray Earl Meetze.

To send flowers to the family or plant a tree in memory of Dustin Chaney, please visit Tribute Store
Sunday
3
October

Share Your Memory of
Dustin
Upload Your Memory View All Memories
Be the first to upload a memory!
Share A Memory
Send Flowers