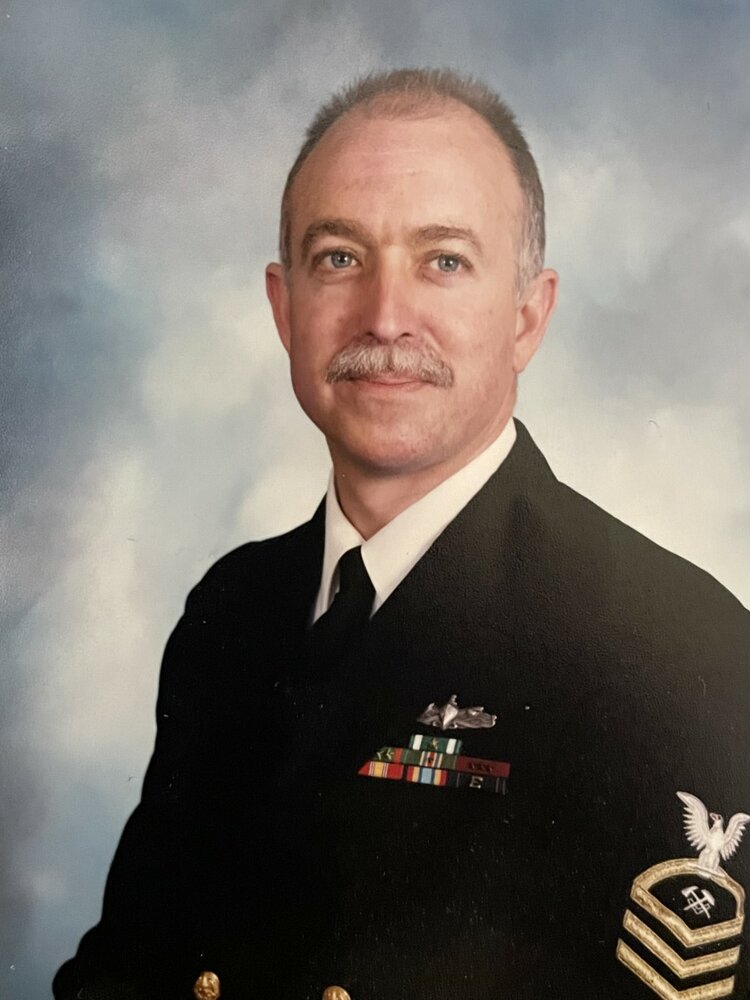 He grew up with his brothers Donald Schacht and Marty Schacht, both of whom preceded him in death.  As a teen, he enjoyed spending time with his friends and riding motorcycles.

Mike enlisted in the United States Navy in 1979.  While enlisted, Mike met Diane and they were married March 6, 1993.

After retiring as a Chief Petty Officer from the US Navy, Mike worked at Lexington Medical Center for 16 years.

His hobbies included attending Carolina Gamecock football games, riding his Harley-Davidson, camping, traveling, and grilling and entertaining at the pool with many friends and family.

Mike was a loving and devoted husband, father, son, grandfather, uncle and friend.  He was a joy to be around and always had a joke ready for any situation.  He was everyone’s “Go to Guy” for everything.

He is survived by his wife Diane, his children Amber Harvey (Chris) and Austin Schacht (and his grand puppy Bella), his mother Karon Darlunde and his grandchildren Hayden and Grayson.  He is predeceased by his father Donald and his brothers Donny and Marty, as well as his mother-in-law Eleanor Roberts.

A Celebration of Life will be held at a later date.

In lieu of flowers, donations can be made to First Baptist Church of Lexington (FBLEX) – to missions in Mike’s name.

To send flowers to the family or plant a tree in memory of Mikeal (Mike) Schacht, please visit Tribute Store

Share Your Memory of
Mikeal (Mike)
Upload Your Memory View All Memories
Be the first to upload a memory!
Share A Memory
Send Flowers